Space and Time After Quantum Gravity

String theory, quantum loop gravity, and the philosophy of describing the indescribable 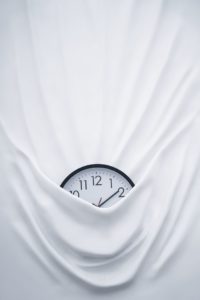 It is difficult to imagine a world without space and time. If something exists, Aristotle said, then it must exist somewhere. Our entire understanding of causality relies on the notion that some things happen before other things. So how do you talk about whether anything preceded the beginning of time? Despite these difficulties, physicists and philosophers are starting to work out how to think — conceptually, mathematically, and scientifically — about the mind-bending implications of quantum gravity, a set of hypotheses that attempt to bridge the chasm between seemingly incompatible physical descriptions of the universe at its largest scales (in general relativity) and at its smallest (in quantum field theory).

Nick Huggett and Christian Wüthrich are philosophers of science with deep experience analyzing the two leading attempts at a comprehensive description of quantum gravity. Huggett, who is based at the University of Illinois at Chicago, has spent years working on string theory, while Wüthrich, based at the University of Geneva in Switzerland, has focused on loop quantum gravity. Over the past several years they have been organizing gatherings of professors, postdocs, and students of philosophy and physics to learn about the leading theories of quantum gravity. They’ve been discussing whether quantum gravity indeed implies a world without space and time, and if so what it might mean: If the theories imply a basic reality that includes elements that are not part of space and time, how do our space-and-time-bound observations fit into it? And how can we make sense of (or even begin to describe) parts of reality outside space and time?

“It’s one thing to say, here’s an aspect of spatiality or temporality that’s missing from fundamental physics, but our way of conceiving of the world is very firmly rooted in there being space and there being time,” Huggett says. “Our whole language is infused with spatiality and temporality.”

Working from their respective hubs in Chicago and Geneva, Huggett and Wüthrich have brought in dozens of scholars for extended visits, and held a week-long summer school for doctoral-level students and postdoctoral fellows in both philosophy and physics as well as an international conference for junior and senior researchers. Videos of many of these lectures and discussions — including Huggett’s introductory “Short Course on String Theory” lecture — are found at the Beyond Spacetime website and on the project’s YouTube channel. The project is also yielding two collections of essays, Beyond Spacetime: The Foundations of Quantum Gravity, coming this year from Cambridge University Press, and Philosophy Beyond Spacetime, which will be published by Oxford University Press.

Huggett and Wüthrich are also at work on another follow-up grant with John Templeton Foundation funding that will look at the questions posed by quantum gravity as they apply to two scenarios that push right up to the edge of what we can know from spatiotemporal observations: the Big Bang and black holes. “One thought is that before the Big Bang there wasn’t space and time but just some quantum gravity state — although you can’t really say ‘before’ if there’s no time,” Huggett says.

Overall, Huggett has been pleased at the level of openness and camaraderie apparent at the meetings they have hosted, even among academics who are very attached to one or another of the theories under discussion. “We’ve had some great meetings where there were one or two string theorists, one or two loop quantum gravity people, and the rest philosophers,” Huggett says. “I’ve always found we have no trouble attracting people who are really interested in all approaches and in seeing points of convergence as well as points of difference.”

“One of the things we really wanted to do is to build good connections in the philosophy of physics communities,” Huggett says. “We want to train a generation of philosophy students in the relevant physics and philosophical issues. This kind of conceptual work is actually what you need to drive science forward. Space and time are basic concepts, but you sometimes need to really rethink these sort of basic concepts.”