Ruling the mind: The synergistic effects of mindsets and mental control training 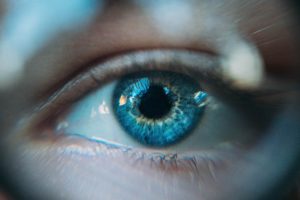 Jonathan Schooler, a psychology professor at U.C. Santa Barbara, is an expert in mind-wandering. Over the years Schooler has authored papers with titles including “The Decoupled Mind: Mind-Wandering Disrupts Cortical Phase-locking to Perceptual Events,” “Thinking One Thing, Saying Another: The Behavioral Correlates of Mind-Wandering While Reading Aloud” and “The Costs and Benefits of Mind-Wandering: A Review.” A wandering mind can be a wonderful thing — a source of creativity and intuitive problem-solving. But it can come with costs, particularly for those who can never stop their thoughts from drifting.

The notion of mind-wandering seems to imply an absence of mental control. Mental control involves being aware of and present to one’s thoughts in a way that is focused and intentional. If self-control is not eating the cupcake, mental control is ignoring the cupcake while you work on solving the problem at hand. The ability to practice mental control when needed is foundational to success in education and in life, and although studies have shown that mental control is a skill that can be developed, many tend to think they either have it or they don’t.

Schooler’s work takes inspiration from Stanford psychologist Carol Dweck’s notion of  “growth mindsets.” We have a growth mindset when we believe that, for instance, our level of intelligence is not fixed and can be improved.  Dweck’s research indicates that individuals with such growth mindsets are more capable of increasing intelligence and other traits that are sometimes regarded as fixed. Working with his UCSB colleague Michael Mrazek and a team of researchers, Schooler developed a series of experiments designed to test whether a growth mindset work for mental control. “What we did,” Schooler says, “was take the spirit of that sentiment and apply it to mental control, encouraging people to think that they can foster the ability to control their minds, that doing this can be invigorating and that practice can make it better.” In essence, Schooler and Mrazek sought to find out whether one of the easiest ways to increase mental control was simply to believe that you could.

An initial set of studies aimed to determine effective “growth primes” for mental control.  That research indicated that reading a short essay detailing research findings that mental control could be improved with effort is especially valuable. In later studies, Schooler, Mrazek and their colleagues combined the growth mindset prime with intensive mental control exercises and general mindfulness training. These studies showed a consistent pattern of benefits from the intervention, including increased cognitive performance and self-control to reduced stress under challenging circumstances.

In a capstone study, subjects underwent mindfulness and self-control training five days a week for six weeks while being regularly primed concerning the possibility of growth. As expected, the subjects showed substantial improvement by the end of the study. When the subjects returned six weeks after the study’s end for a follow-up test, however, Mrazek made a surprising discovery: “Some of the measures of mental control and self control continued to improve even after we stopped providing any support to these individuals,” he says. “Even when the program ended they had the skills in order to keep doing the things that are good for them, which meant that they could continue to accumulate benefits.”

As a result of these findings Schooler and Mrazek and the other members of their lab intend to develop related practical interventions, as well as to carry out further research. With funding from the U.S. Department of Education’s Institute of Educational Science, they are working to turn some of the lessons of their research into a mindfulness curriculum for high school students under the aegis of UCSB’s Center for Mindfulness and Human Potential.

With respect to research, Mrazek intends to investigate how we respond in the face of challenges, and whether those who believe they can improve their mental control might see challenges as rewarding rather than something to be avoided. For his part, Schooler is interested in looking at the relationship between mental control and mind-wandering. “We’re still trying to find the perfect balance in the relationship between controlling one’s attention and then also sort of letting it flow on its own in a less directed way,” he says. “It’s the balance between vigilant attention to the contents of one’s consciousness in order to maintain focus and the relaxation of that control in order to foster creativity.”