At a school in Birmingham, England, children take a handful of sand and let it slip through their fingers and onto the floor. This, they learn, represents how hard it is to take back something that has been said. In rural Pakistan, children float overladen paper boats in a trough, watching how they eventually turn over and sink. This illustrates how nothing remains with us after death except the state of our hearts. In Singapore, students color golden hearts flecked with smudges. This, they learn, is a sign of how innate goodness can be covered up by wrong actions, and then re-polished to shine. 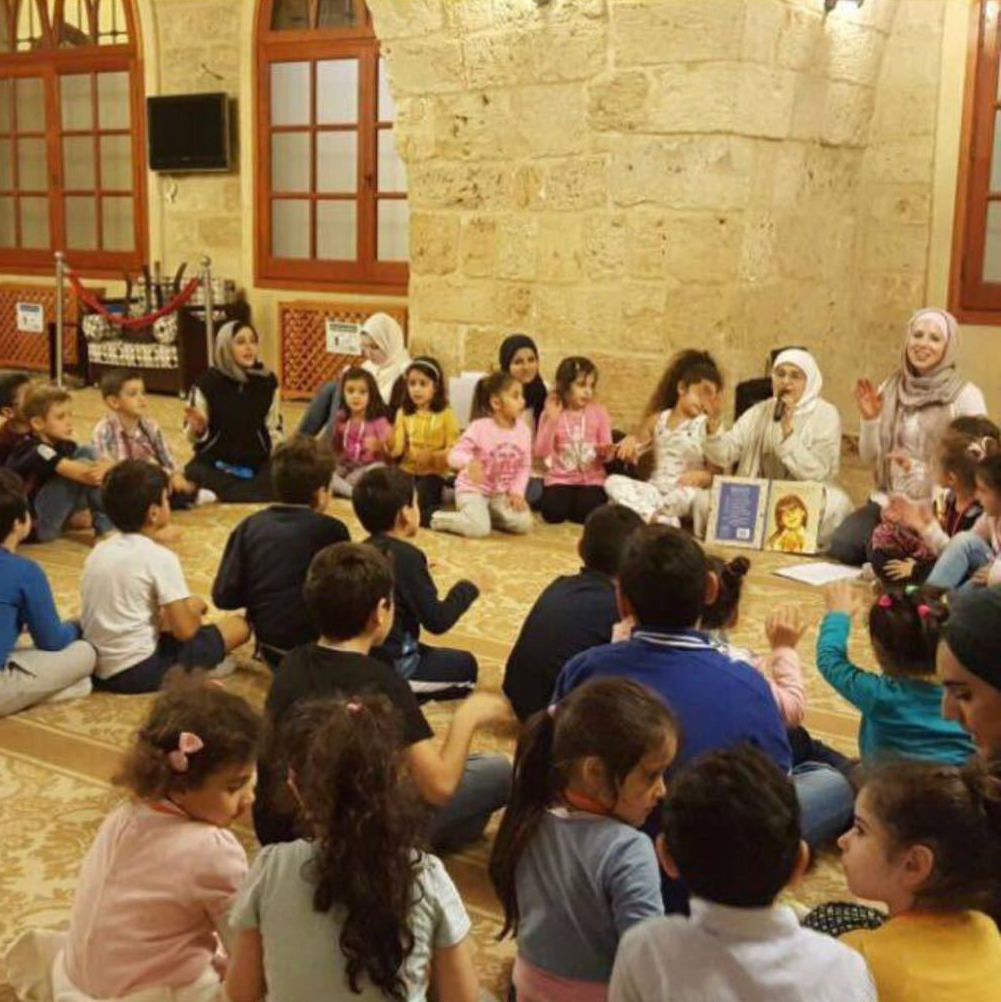 A Ghazali children’s class in Syria. Photo courtesy of the Ghazali Children’s Project.

All of these lessons come from the Ghazali Children’s Project, an innovative set of books, curricular guides, and online resources that teach character virtue development through the thinking of Abu Hamid al-Ghazali, one of classical Islam’s most renowned philosophers, jurists, and mystics. Born in the 11th century, Ghazali taught at Baghdad’s famed Al-Nizamiyya university. His writings deeply influenced the development of Islamic as well as Christian philosophy, and the quality of his teachings led him to be given the honorific, “The Proof of Islam.” Over the centuries, Ghazali’s 40-volume magnum opus The Revival of the Religious Sciences has been regarded in the Muslim world as the greatest compendium of Islamic spirituality and ethical behavior for everyday life; it systematically lays down practical teachings and explains how the outer aspects of Islam can, through their inner meanings, change every situation into one that strengthens character.

The Ghazali Children’s Project’s goal is to make the key teachings of The Revival of the Religious Sciences available to an entirely new audience. After commissioning translations of these volumes from the Arabic into English scholarly translations—which can still be difficult to understand even for trained students of religion–Fons Vitae then adapted them for families and educators.

Gray Henry, the director of Fons Vitae, a publisher of world religious books specializing in Islamic scholarly works in translation, recalls talking about Ghazali with Hamza Yusef, a renowned American Islamic scholar and the co-founder of Zaytuna College in Berkeley, California: “He happened to call me up one day and complained about the religious education his children were getting at an Islamic school. He then added, ‘You know what we ought to do — Fons Vitae ought to bring Ghazali out for children.’”

Henry helped gather a renowned team of advisors, scholars, educators and translators to ensure that the children’s books would be true to Ghazali’s thought as well as effective in providing guidance to young people at a time when their values are being formed. The process of distilling Ghazali’s teachings to their essence, in a way that would be approachable for even the youngest learners, was challenging but ultimately transformative. Henry, who wrote the children’s stories, says, “Having to take this very profound metaphysics, theology and spirituality and sit there — I would sometimes sit two days with one idea and think, how can I say that?”

So far, the project has adapted the first seven books of The Revival of the Religious Sciences for young people. Their aim is to help children build habits of humility, patience, altruism, gentleness, forbearance, honesty, gratitude, and a respect for other faiths. They also provide children with tools to address failings like selfishness, backbiting, arguing, laziness, envy, bragging, hypocrisy, greed, wasting time, and pride. Using metaphors employed by Ghazali, the project guides children and families towards a deeper understanding of Islamic practices like prayer, worship, charity, fasting, and pilgrimage. 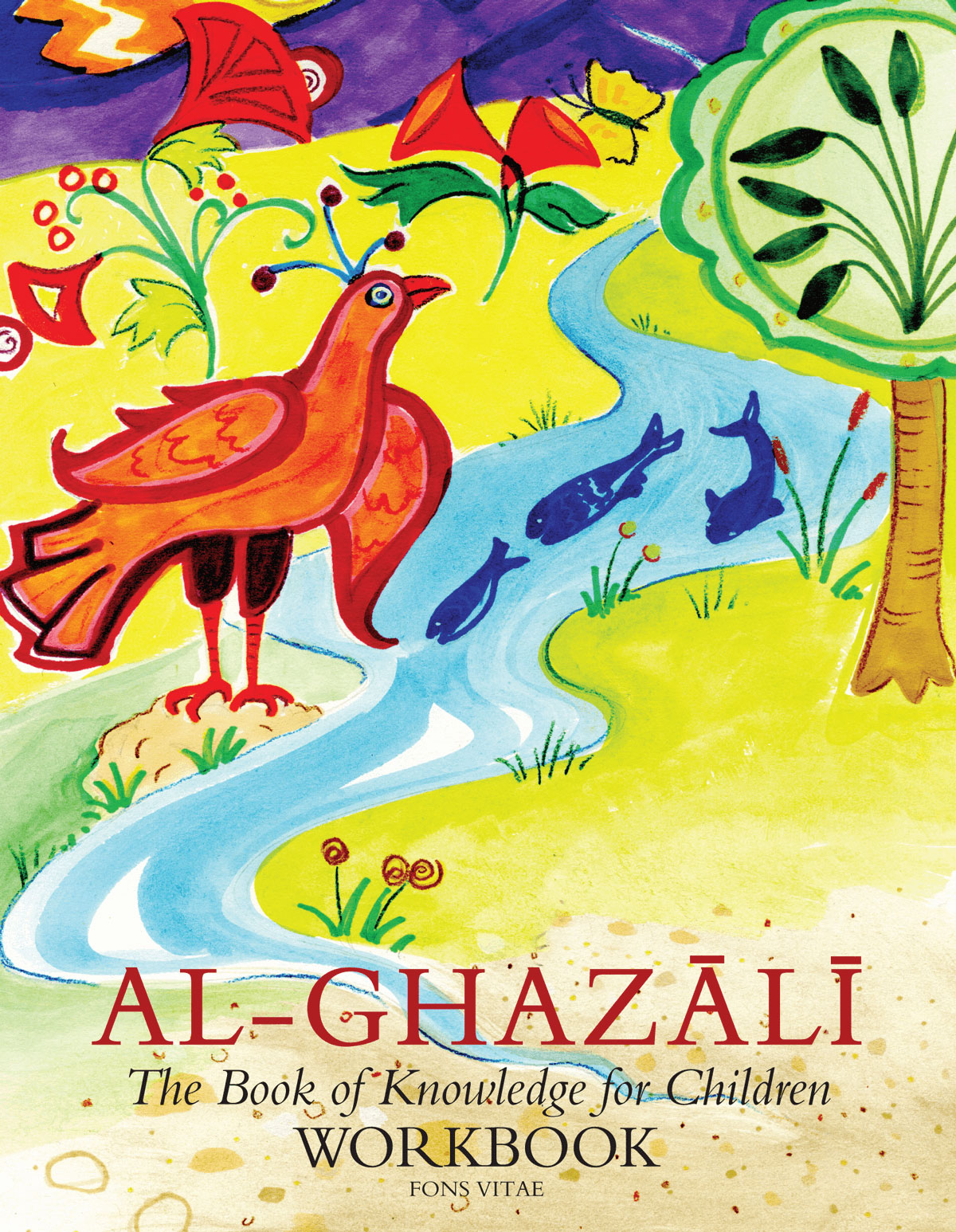 Cover illustration of The Book of Knowledge for Children. Photo courtesy of the Ghazali Children’s Project.

The elegantly illustrated children’s books are accompanied by a full translation of the original works, a teacher’s manual, and a workbook to help children, parents, and teachers learn from the material. The Ghazali Project is currently being piloted in approximately 500 schools around the world, ranging from schools, Sunday school-type programs, and homeschool groups. In 2018, Henry was invited to deliver 16 teacher training programs in four South African cities as part of a country-wide al-Ghazali Festival. The project’s websites and YouTube pages have spurred a thriving set of community responses, with children sharing artwork and short videos of themselves play-acting virtues and vices. The project’s leaders estimate that they are currently reaching more than 7,000 families in 25 countries with the books. During the pandemic, online courses and classes have sprung up worldwide. The children’s books are being translated into 14 languages, including Urdu, Arabic, Indonesian, Spanish, Bosnian, Norwegian, Russian, Swedish and Malay.

Polishing the Heart, a documentary film released by the Ghazali Children’s Project, gathers interviews with teachers and school leaders on the impact of the books. Dr. Adeeba Ahmed, who leads the Hub Club Ghazali school in Birmingham, England, told interviewers, “There’s no doubt that the Ghazali Children’s Project has actually been transformational for our school.” Nedaa Alwawi, head of school at the Prairie Academy in Chicago, shared similar thoughts: “Our kids are excited to go to class. It’s just amazing listening to them talk about Who God is and what God made,” she said.

A Language of the Heart

Henry says she regularly receives messages from people who have discovered the curriculum and are excited to use it, sometimes undertaking their own translation or creative projects to make the books accessible to more children. A South African mother wrote, “I have taken the language and the stories from the books and incorporated them into our everyday life and I pray that my children will absorb these lessons for life.” A father in Jordan explained, “ Parents across the Middle East are at a loss about how to teach their children about Islam and are desperately looking for guidance and material that will help them raise productive, ethical and humane adults. The Ghazali Children’s Project provides children and parents with that vital material.”

An Australian woman wrote to Henry saying that while she got the books for her children, they “were really for me,” awakening her conscience to her responsibilities as a mother or making her more cautious of her thoughts and intentions.

This fell in line with Henry’s own experience working on the books: she realized that, although she could read the scholarly language, the words she used when talking to herself were closer to children’s language. “When I finally had to put this stuff in the language which I actually speak to myself, I understood it,” she says.

Watch an interview with Hamza Yusef and the John Templeton Foundation, and  “The Critical Importance of Al-Ghazali in Our Time,” a lecture by Yusef sponsored by Fons Vitae. 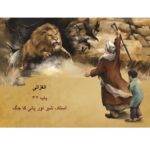 Urdu language version of the Book of Knowledge for Children 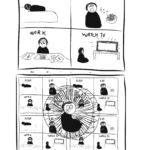 What is the meaning of life? Comic included in the Book of Knowledge workbook 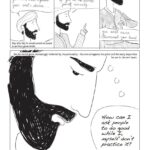 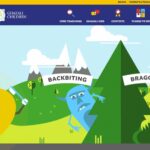 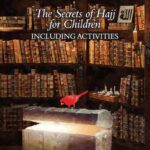 Supplementary storybook – The secrets of the Hajj (Pilgrimage) 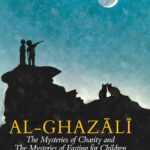 Ghazali’s Mysteries of Charity and Fasting