Physics of the Observer

Spurring new discussion on the crucial — and crucially overlooked — role of the observer in physical systems, from quarks to the cosmos. 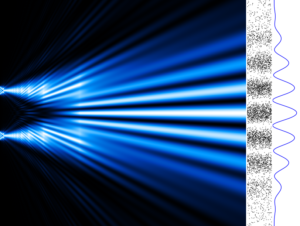 Since the development of quantum mechanics, the role of the observer has taken on an important role in modern physics. One cannot observe a quantum-mechanical system without fundamentally changing it, collapsing both-and systems (light existing as a particle and a wave) into either-or. But what does it mean to be an observer? To what extent do we live, in the words of theoretical physicist J.A. Wheeler, “in a participatory universe” where what is depends on what has been observed?

One of the hallmarks of the western scientific tradition has been the quest for objective observations of and explanations for natural processes. If a scientific observer by definition alters or even creates aspects of what she observes, that notion of objectivity can begin to crumble. It’s a thorny problem, one that has rendered many physicists so uncomfortable they have gone out of their way to sidestep the problem of the observer.

“People thought that by brushing the observer under the rug they were being more rigorous,” says University of California, Santa Cruz, physicist Anthony Aguirre. “But in some cases it really does matter what the observer is, how you think about it, to what degree you include it in the system you’re talking about.”

Aguirre is the associate scientific director of the Foundational Questions Institute (FQXi), an organization dedicated to bringing physicists and other researchers together. FQXi tackles the sort of big questions that are important to science but not easily addressed because of the way academic science often operates.

“There are a number of deep, important, fundamental questions that a lot of researchers were passionate about when they first got into physics,” Aguirre says. “As many physicists go on in their careers, they study smaller ones, and you get rewarded for asking much more incremental and practical questions. Often the really big questions, the fundamental ones, get sidelined.”

A NEW REALITY OF OBSERVATION

FQXi and its community of scientists are midway through a multi-year project to advance the conversation in the scientific community on the nature of the observer in physics. The funds are going to a mix of large grants, smaller papers, and an international conference to gather interested researchers across multiple disciplines to discuss new theories of what constitutes an observer and what implications that can have for the state of science and the nature of reality itself.

Aguirre and FQXi want to bring discussion and speculation as to the nature of the observer back into the scientific mainstream. He draws a parallel to the idea of a multiverse, which 15 years ago was viewed as unfounded speculation but is now has a place in mainstream theoretical discussions.

One of the FQXi’s large grant recipients is Markus Mueller of the University of Western Ontario. Mueller aims to use findings from theoretical computer science to demonstrate that what we call objective reality is only an approximation based on something more fundamental: observations and observers. Mueller’s work is exemplary, Aguirre says, in part because it manages to be surprising and radical while maintaining rigorous mathematical underpinnings. “It may never go anywhere,” Aguirre admits, “but it’s really cool and interesting to read” — and at this stage of the field, that kind of provocation is worthwhile in its own right.

Another grant, to UMass Boston’s Christopher Fuchs and Oxford’s Christopher Timpson, is striving to make philosophical sense of the implications of so-called participatory realism. What does it mean to live in a universe that may exclude the possibility of a third-person account of everything? How can the working terms be dissected, classified and connected?

Aside from its philosophical tangles, the notion and nature of the observer can have profound cultural resonances. Chanda Prescod-Weinstein of the University of Washington’s FQXi grant is exploring whether there are ways for astronomers and physicists to expand beyond the European Enlightenment framework in which the problem of the observer is often framed. Do scientists who themselves come from diverse backgrounds have insights into the nature of observation and the interplay between subjective and objective realities?

FQXi exists not just to support individual researchers in their big-question-related passion projects but to build a broader community of researchers interacting around foundational questions.

“Every one of the meetings we’ve had have brought in new and interesting people, often from different disciplines that have a huge amount to talk about,” Aguirre says. “The energy and fun of having all these really interesting people in one place. It’s just one fascinating conversation after another for days and days and days.”