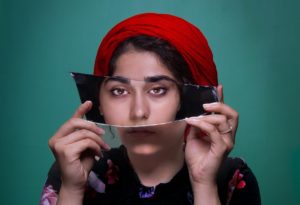 For an academic psychologist, surveying the state of the study of empathy can be a depressing business. There was the 2011 meta-analysis by the University of Michigan’s Sara Konrath that suggested that today’s college students report themselves to be much less empathetic than did their predecessors a generation or two before. Numerous studies examine how people experience “compassion fatigue” in the face of mass suffering, choosing self-protective apathy over engaging with the suffering of others. In 2016, Yale psychologist Paul Bloom published Against Empathy, suggesting that since empathy is a biased emotion, it is at best unreliable and at worst downright harmful because it steers us towards caring most about those in our in-groups. If empathy is indeed a fixed or even declining resource, it might make sense to disregard it entirely.

C. Daryl Cameron, an assistant professor of psychology at Penn State, is part of a group of researchers who argue that there’s still a good case to be made both for valuing empathy and for seeing it as a renewable resource — something that, with the right kind of motivated effort, can even increase. Cameron is currently leading a three-year project designed to test whether simple experimental manipulations can change people’s levels of empathy. The goal is to move towards a proven set of interventions to help people develop greater skill and capacity for empathy.

“Empathy is notoriously difficult for researchers to define,” Cameron says. “But you can think of it as the ability to share the experiences of others: If you feel sad, do I vicariously feel your sadness? If you feel joy, do I catch your joy?” Empathy is often distinguished from compassion, concern or sympathy, which are more about feeling for someone than feeling with them, Cameron says.

Much of Cameron’s early work on the topic looks at people’s empathy as to some extent a matter of choice, influenced by what people want to feel and their willingness to exert the effort it takes to feel empathy. “We’ve found that by changing people’s motivations and what they want to feel, you can shift empathy around in quite interesting ways, even in cases where empathy appears especially challenging,” Cameron says.

In the current set of experiments, Cameron and his co-researchers — including postdoc Daniel Lim and grad student Eliana Hadjiandreou as well as co-investigator David DeSteno of Northeastern University — will look at participants’ baseline responses to challenging empathic situations. Sometimes the empathy being measured will be a response to mass suffering, while at other times participants will have the opportunity to empathize with a single suffering person. The experiments will then manipulate two factors that may be able to help increase the subjects’ capacity for empathy. The first variable Cameron will manipulate is efficacy: the idea that people will extend more empathy if they think that they will be good at it, and that their empathy is likely to be effective.

The second manipulation seeks to leverage empathy’s known biases. “People tend to have more empathy for those with whom they’re similar in some way,” Cameron says. “This includes standard groupings like shared demographics or values, but also paradigms where you simply divide people into two groups through random assignment.” Cameron hypothesizes that the relationship between similarity and empathy goes both ways: people are more likely to empathize with people they see as similar, and more likely to see similarities with people they feel empathy for.

“People need to know, ‘Hey, I’m good at empathy, and I also have a strong desire to empathize for this particular person,’” Cameron says. “When you have those two in combination with each other, can you find the strongest increases in empathy?”

Most of the experiments in the project will be single-day undertakings completed online via Amazon’s Mechanical Turk or in the lab. Many of the in-person experiments will involve dramatic interventions in which participants are unwittingly given the opportunity to help a stranger (actually a staged interaction with an actor). For the final experiment in the project, Cameron and his colleagues will pilot a longer-term intervention based on their hypotheses to see what combinations of interventions can help increase empathy over time.

“One of the interpretations I’ve seen of some of the work that we’ve done is that we’re saying empathy is too hard, like we’re kind of bashing empathy.” Cameron says. “Prosocial behavior can be costly in some cases, and that’s not inherently good or bad — it depends on what you value and what your own cost and benefits happen to be. There are plenty of cases where people do choose empathy — by reading, going to a play, or choosing to listen to a friend.”

The fact that people willingly choose to extend many forms of empathy gives Cameron hope that they can learn to resist their impulses to avoid extending it. “You can only spread your attention so far and you can’t help everyone at the same time,” Cameron says. “But we think there’s still the potential for some wiggle room in the middle where people really choose to put themselves out there more than they do, expand their scope of empathy and try a little bit harder.”

Discover co-investigator David Desteno’s work on the ways that emotions can foster virtue.