Novel paradigm in cancer etiology, its relationship with aging, and novel methods for cancer early detection. 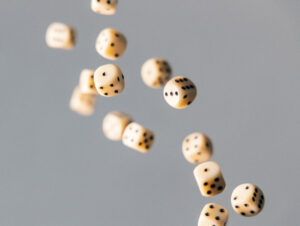 Few people make it through life without being directly or indirectly touched by cancer. The disease is the second-leading cause of death globally, causing about one in six deaths. Over the past century researchers have identified many behavioral, environmental, and genetic risk factors that increase the likelihood an individual will get certain kinds of cancer, but an element of randomness remains when it comes to individual outcomes: some lifelong smokers never get lung cancer, and some people can come down with cancers even in the absence of known risks. For many researchers, areas of unpredictability in cancer have driven the search for unknown environmental or genetic factors. But a few years ago, Cristian Tomasetti, a professor of oncology at Johns Hopkins, began to wonder whether an underappreciated cause of cancer happens even without the influence of carcinogens or cancer-causing genes: the infinitesimal and inevitable random mutations that occur during normal cell division.

In 2015, Tomasetti and his Johns Hopkins colleague Bert Vogelstein published a seminal paper in Science that argued that a major driver of variation in cancer risk among different tissues could be explained by the number of cell divisions within that tissue over an individual’s lifetime — the higher the number of cell divisions, the greater the number of occasionally harmful random errors that occur and accumulate. Studying dozens of cancers, they showed a correlation across five orders of magnitude of cancer prevalence showing that the higher the lifetime number of cell divisions in a tissue the higher its cancer rate. At one end of the plot were rare cancers of slow-growing bone tissue; at the other were common cancers of the colon, which replaces the cells of its entire lining roughly every four days. Cancers occurring that way were, Tomasetti and Vogelstein said, significantly attributable to “bad luck” in the form of naturally occurring mutations, rather than to behavior or inheritance

Tomasetti and Vogelstein’s 2015 paper struck a nerve, both among scientists and in the broader culture. The World Health Organization’s cancer research agency even issued a press release contesting the paper’s conclusions and suggesting that they were a dangerous distraction from current paradigms for cancer prevention. But Tomasetti was undaunted by the critique — some of which was spurred by the way the media had reported the paper’s findings. He had no desire, he says, to undermine efforts to combat the environmental and genetic factors causing many cancers. “Primary prevention is as important as before,” Tomasetti says. “It’s always the best approach, but it has limits — even if we eliminate all environmental exposures, we will always have cancer with us, just due to our tissues’ aging.”

With significant grant funding from the John Templeton Foundation, Tomasetti has been able to repeat his initial analysis across multiple cancer types in 69 countries and develop a new cancer detection blood test informed by the implications of the “bad luck” theory. “I wanted to provide further evidence for my findings,” Tomasetti says. “We’d made a critical observation but it was far from definitive.” The results, published in a 2017 paper in Science authored by Tomasetti, Vogelstein and Lu Li, validated the initial paper’s finding that around two-thirds of cancer-causing mutations could be attributable to bad luck accumulated over the course of millions of cell divisions. Since then, the “bad luck” category of cancer causation has gained greater support. Last year, Tomasetti was the lead author on a PNAS paper that noted that as cell division rates decrease with age, cancer incidence also decelerates (as would be expected under the “bad luck” theory), and in their 2020 World Cancer Report, the WHO included two pages outlining Tomasetti and Vogelstein’s findings.

Since 2017, Tomasetti’s work has investigated some of the implications of his findings for prevention. If a large fraction of cancers occur due to accumulated bad luck from normal cell divisions, blocking outside risk factors will only go so far towards the goal of eliminating cancer — oncologists also need to get much better at detecting cancer at its earliest stages. To that end, Tomasetti and Vogelstein have worked on developing blood and urine tests to detect nascent cancers. “A cancer typically releases some of its DNA in the blood flow. It’s a small signal, but you can observe mutations that the normal body in general doesn’t have,” Tomasetti says. Their first results — published in Science in 2018 — showed they could detect cancer with a median sensitivity of 70%, with a false positive rate of only around 1%. In early 2020, positive results were published from a clinical trial of the blood test on a population of nearly 10,000 women, showing that the blood test was able to detect dozens of early-stage cancers and proved a positive addition to the regular standard of care.

Tomasetti believes that some of the initial reaction to the idea that cancers might be attributable to bad luck arose because it ran contrary to a certain assumption among scientists. “A lot of scientists struggle with the idea that something may not be deterministic,” Tomasetti says. And while the idea that a tragedy like cancer might have no root cause beyond normal life itself is jarring to some, Tomasetti thinks it can be a form of comfort as well. “Before our studies, if I were diagnosed with cancer and asked a doctor, or went online to better understand what caused my cancer, the common answer was that I either exposed myself to something bad or that I inherited it,” Tomasetti says. “And if I were the parent of a child with cancer, either way this came from me. Our findings can bring important relief and help with the sense of guilt that many patients may feel.”

Tomasetti acknowledges the challenge that randomness in cancer, and its associated sufferance, may bring to religious individuals like himself. He comes back to a principle that was presented by philosopher and Templeton Prize laureate Alvin Plantinga’s reflections on theodicy — the idea that God could allow bad things to happen to enable the ultimate good of human free will. But what about cancers that are due to bad luck, and not caused by personal wrong choices? “We all get our fair share of rain,” Tomasetti explains , “independently of how good we are. Can you imagine if only morally wicked people got cancer, or were involved in earthquakes? If God did not allow good people to be affected also by non-human related evil, that would constitute a strong limitation on our free-will.”

Learn more about Cristian Tomasetti’s work on cancer’s causes at his website.