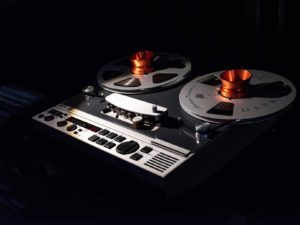 Stephen J. Gould famously suggested that if you could somehow “rewind the tape of life” and let the evolutionary process play out again, the results would likely be completely different. It’s a fascinating thought experiment that gets at the tension between contingency — evolution’s dependence on random mutations — and determinism — the idea that the constraints under which natural selection operates would steer evolution in similar patterns no matter how many times you rewound the tape.

When Betül Kaçar, an experimental biologist and paleogeneticist at the University of Arizona, first heard about Gould’s thought experiment, she was intrigued. She realized that Gould’s idea didn’t have to remain a thought experiment — it was something that could be studied at a small scale in a modern lab. Over the past several years, Kaçar has done just that.

By comparing the genomes of present-day species, Kaçar uses phylogenetic analysis to infer the sequences of the ancestral genes from which the current ones evolved. She then uses techniques from synthetic biology to recompile those genes and insert them into modern bacteria. This gives her the ability to learn what the ancient genes do within a living organism. “I refer to this process as molecular resurrection,” she says, likening the process to the fictional story of Rip Van Winkle, who awoke after a 20-year sleep and sought to re-integrate himself into a changed society. “In essence, I’m creating artificial genetic histories to study evolutionary patterns and compare them to what is indicated in biological and geological records.”

With the resurrected genes in place, Kaçar then has the opportunity to replay a small fragment of the tape of life, by watching not just how the ancient genes behave, but how they evolve. Kaçar and her colleagues created 60 different populations of bacteria infused with ancient genes and watched them evolve over 1,000 generations. This process involved 100 days of continuous lab work, with the bacteria producing around 10 new generations per day.

“I want to understand the communication patterns of components inside the cell, whether they’ve been preserved over time or whether the components have changed so much that they no longer interact with one another,” Kaçar says. Studying living populations allows Kaçar to investigate not only the individual proteins that the genes encode but how the protein-level interactions change networks within the cells and even alter the dynamics of entire populations. “There are a lot of layers in our perspective,” she says, and the project calls on the insights of a range of scientists and engineers. “It’s been very interdisciplinary.”

With collaborators including Sergey Kryazhimskiy at the University of California San Diego, as well as Suparna Sanyal and Lionel Guy at Uppsala University in Sweden, Kaçar is hoping to create what might be considered a new approach: paleophenotype reconstruction, the study of ancient organisms’ physical and biochemical traits and behaviors. “We want to tie the behavior that we observe today into the past phenomenon to see whether biological outcomes are mostly repeatable,” Kaçar says.

Based on the lab results generated with relatively modest grants from the John Templeton Foundation, Kaçar has gone on to secure more than $2 million in additional funding from supporters including NASA, the National Science Foundation, and ELSI Origins Network. “The John Templeton Foundation’s support allowed me to freely explore questions that transcend traditional disciplines and supported me at a critical time in my research as an early-career scientist.” Kaçar says. “The grant was for big questions in life sciences. And in my opinion, it doesn’t get bigger than this!”

In addition to her lab work, Kaçar recently co-hosted a two-day workshop at Harvard that brought together engineers, designers, and scientists to brainstorm about ways to improve our understanding of how complexity evolved in early lifeforms — and how contingent or deterministic factors shaped it. She also relishes doing public outreach work, from giving campus lectures to appearing on public television. “The public is very interested in these questions. I think they want us to study these things,” Kaçar says.  “The fact that I can go into the lab and have a humble attempt to uncover a bit of insight into these profound mysteries — it’s a very magnificent moment for any scientist.”

Learn more about Betül Kaçar’s lab at the University of Arizona.

View the NOVA educational curriculum on the origins of life and reconstructing evolution that Kaçar helped develop for PBS.

Dive into the philosophical implications of Kaçar’s molecular time-travel in “Future Shaped by Pasts that Might Have Been,” a published conversation with afrofuturist Ytasha Womack.