Gratitude, humility, forgiveness, and other positive qualities may have a lot to offer in both psychological research and clinical practice. 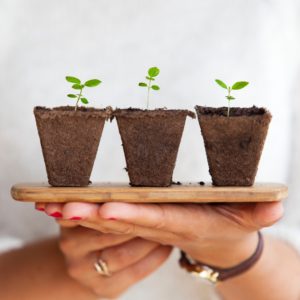 The past 30 years have seen the emergence of positive psychology — the study of fostering virtues like gratitude, forgiveness, and humility — as a counterbalance to psychology’s tendency to focus largely on describing psychological problems, or what happens when things go wrong. While positive psychology has made headway in fields like education, its findings have yet to be integrated into many psychologists’ and psychiatrists’ mental healthcare practices. “Thus far, the vast amount of positive psychology research has had a pretty limited impact on frontline clinical practice,” says Steven Sandage, a professor of the psychology of religion and theology at Boston University. “There’s tons of research on various virtues, but very little of it is in clinical studies, so it’s had a limited impact on clinicians. What hasn’t been considered is how psychotherapy can contribute to people being able to live more meaningful lives.”

In an effort to build out psychotherapists’ toolkit for understanding the role of virtues in psychiatric patients’ well-being, Sandage and University of Denver psychologist Jesse Owen are leading a multi-year, multi-site investigation to measure whether growth in gratitude, forgiveness, and humility can predict — or even help to cause — growth in general flourishing and well-being among mental health clients.

“Over the millennia philosophers and sages have been asking, What is the good life, and what does it mean to flourish?” Sandage says. “We want to bring together researchers and front-line clinicians across different therapeutic approaches to investigate whether psychotherapy can improve what ancient Greek philosophers called eudaimonic flourishing, a holistic sense of well-being.”

A BASELINE ACROSS DISCIPLINES

“Psychotherapy can be rather segregated among completing enclaves, so part of what we wanted to do is to look at this shared conceptual model across different treatment approaches and with different clinical populations,” Sandage says. With that in mind, Sandage and his colleague conceived a study that would look at the same set of virtues in four different locations. At Boston University’s Center for Anxiety and Related Disorders, director Todd Farchione will lead efforts to investigate whether goals for virtue and well-being can be integrated into already-effective structured short-term cognitive behavioral therapy treatments for anxiety — for instance developing and maintaining positive emotional states through “savoring” and mindfulness. The intervention will also help patients identify specific virtues and qualities that are important to them, with the goal of utilizing those strengths to help them get better at regulating their emotions.

In nearby Belmont, Massachusetts, Harvard Medical School psychologist Mary Zanarini, a pioneering expert in the study of borderline personality disorder (BPD), will work with patients at the McLean Hospital to see whether mentalization approaches proven effective for patients with BPD can be improved with enhancements focused on virtue and flourishing. This approach will include group therapy sessions devoted to helping patients determine what constitutes flourishing for them and encouraging them to view cultivating virtues as a mechanism for positive change.

Sandage’s own research center at the Danielsen Institute at Boston University will investigate the interaction of eudaemonic virtues in the relationships between therapists and their long-term patients, focusing on relational dynamics related to virtue and flourishing. Much of the work will go into longitudinal surveys to understand from both patients and therapists the role that positive virtues has played in their therapy. Finally, at the University of Denver, Owen will focus on collecting data from the therapists themselves, charting the ways that the therapists’ own character strengths and virtues affect their relationships with their patients.

As the researchers gather their data and compare their results, Sandage hopes they will be able to understand the range of different paths patients may take over the course of their treatment.

“Our research has shown that patients don’t all follow the same trajectory,” Sandage says. “Some experience high levels of suffering, and it can take them a while just to reach stabilization and modest levels of well-being, while other clients move more readily towards healing and growth. We want to understand how virtue and flourishing fit into those patterns.” Better data on potential patient trajectories might help therapists discern when and how to integrate virtues into their work with a particular patient. Some patients may benefit most from an approach that deals first with symptom alleviation, but others may be better served by work on positive virtues concurrently with attempts to attenuate negative symptoms. “For some clients, growth in well-being may actually need to precede more symptom alleviation,” Sandage says. “In one pilot study, we asked clients what gives their lives a sense of meaning. The majority of clients voiced things like helping others, being connected to others — in contrast to the stereotype that clients in psychotherapy are ‘all about themselves.’”

Sandage hopes that the project will offer clinicians both higher levels of scientific rigor and clinical application to shift the conversation in mental health from symptom alleviation to improving broader flourishing. “Most mainstream mental treatments don’t equip clinicians to attend to what clients find meaningful, to how they can repair relationships and build a sense of community,” Sandage says. “But a lot of clinicians seem open to talking about it.”

Learn more about the project at BU’s Danielsen Institute website.