Imprinting in Human Placentas: The Intergenerational Transmission of Health 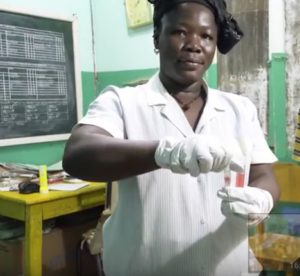 According to UNICEF approximately 40 percent of children in sub-Saharan Africa measure below the fifth percentile in terms of height. This condition, known as stunting, affects more than 152 million children under five years of age worldwide. These children are not just undersized — they are also at risk for a number of other health challenges ranging from obesity and hypertension to lower cognitive function. Stunting can be caused by malnourishment and disease, but in many cases it seems to result from an inherited disposition, with stunted mothers giving birth to stunted daughters, who then pass on the malady to the next generation — even when mother and child both have sufficient nutrition. Among the Dogon people of central Mali, the rate of stunting has reached 50 percent.

Beverly Strassmann, a biological anthropologist at the University of Michigan, has been working with the Dogon since the mid-1980s. In 1998, Strassmann undertook a landmark population study among the Dogon, following 1,700 children from birth to adulthood. The study includes not just the cohort of children but also their parents and eventual offspring, giving Strassmann access to long-term growth and health data covering three generations.

In their laboratories five thousand miles from the Dogon homeland, Strassmann and her University of Michigan colleague, molecular biologist Claudius Vincenz are coordinating a multinational team of scientists, programmers, doctors, midwives and community workers to investigate a possible mechanism for the transmission of stunting from mother to daughter. What they find may provide a crucial stepping stone towards reducing stunting as well as the related malady of inherited obesity.

A CONTEST IN THE WOMB

In 1993 the Australian evolutionary biologist David Haig put forward the view that fetal development can be understood as a high-stakes genetic competition between mother and offspring, and between the growing child’s maternal and paternal genes. The contest involves a case of misaligned incentives: the maternal genes act as a brake on fetal growth (since the mother’s genetic advantage comes from saving strength for multiple pregnancies and offspring), while the paternal genes tend to promote growth, prioritizing the child’s size and health even over the mother’s long-term well-being. Each child gets half of their genes from each parent, but which of those growth-regulating parental genes are activated during development can depend on a host of so-called epigenetic factors.

Vincenz and Strassmann realized that since the genes regulated by these epigenetics factors are responsible for modulating fetal nourishment and growth, they were also the likely means through which stunting is transmitted from mother to daughter. By taking careful samples from placentas and umbilical cords from a well-studied population, Strassmann and Vincenz hypothesize that they will be able to understand the state of the genetic imprinting of the key genes in both mother and child.

The exploration of this hypothesis has only been possible because of critical advances in RNA sequencing technology coupled with the local expertise and goodwill that Strassmann has cultivated over more than 30 years of studies with the Dogon. Simply gathering the placental samples is a logistical feat. After a participant in the study gives birth, specially trained midwives examine the placenta and carefully extract tissue and umbilical cord blood. These samples are preserved in solar-powered freezers until they are ready to make the journey — by motorcycle, bus and multiple airplane flights — from Mali to Michigan.

“We have a huge Malian research team,” Strassmann says. “Most of them we train from the ground up — how to do the research, how to use computers. We also try to have one or two people at any given time who are training to be midwives and obstetricians. Developing the human resources in the host country really is important since we would never be able to stay here all year round and collect these placentas ourselves. It’s been great to have a Malian team who does most of the hands-on fieldwork.”

Once the blood and tissue samples arrive in Michigan, they undergo analysis to rule out factors other than imprinting (such as communicable diseases) that could be the cause of stunting. They then undergo computationally intensive RNA sequencing and biostatistical analysis. “The goal is to see if we’re right that the growth-promoting genes are more active if they come from the father, and that the growth-inhibiting genes are more active if they come from the mother,” Strassmann says. “More importantly, we want to know if this is especially true for the stunted mothers. If that’s the case, then this could explain how stunting is passed on.”

FROM THE VILLAGE TO THE WORLD

Although the bulk of the births Strassmann’s team studies have occurred in the traditional Dogon homeland along the Bandiagara Escarpment, a smaller research center has been established in Bamako, Mali’s capital and largest city, where about half of the young people in the study’s cohort have moved in search of jobs or further education. “There aren’t very many migrant studies that are longitudinal in this way” Strassmann says. However such studies have challenges of their own. Young female migrants to the capital city tend to utilize family planning more, which reduces the number of pregnancies and births that can be studied. Nevertheless, Strassmann hopes that the urban/rural split in the study population will provide further insight into which environmental factors play a role in stunting.

Looking beyond the particular situation of stunting in Dogon, Strassmann believes that epigenetics will be key to the next wave of discoveries about diseases that affect billions of people in both the developing and the industrialized world.

“For a decade or more there’s been many genome-wide association studies of disease and health that focuses on genetics,” she says. “What’s different about our work is that we are looking at how environment and genes interact, how the environment affects the expression of the genes. And I think we think that’s going to be a much more powerful way to look at some of the major global health problems.”