Human Flourishing and Critical Realism in the Social Sciences 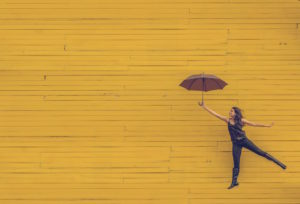 Many academics are initially drawn to the social sciences from a desire to make the world a better place. They assume that these fields can improve our lives by providing deeper insights into human flourishing, morality, and the nature of freedom — only to discover that their field has worked itself into certain rigid theoretical postures that leave it with surprisingly little to say about these important concepts.

“For a very long time, the social sciences have flip-flopped between two extremes,” says noted sociologist and co-director of Yale’s Center for Comparative Research, Philip Gorski. “One extreme regards social science as precisely equivalent to the natural sciences in its aims and methods.” This approach, according to Gorski, winds up adopting scientific methods of inquiry that can distort our understanding of humanity by treating humans and culture reductionistically.

Critics of this first approach tend towards a different extreme which Gorski summarizes as “a variety of post-modernism or social constructionism which often embraces extreme forms of cultural and moral relativism.”

Over the past several years, Gorski and some of his colleagues have been seeking to carve a path between these extremes that, as he puts it, “recognizes that the social world is different from the physical and biological worlds, by noting that unlike the natural world, social reality is partly constituted by human activity, values, and ideals.” Yet despite these differences, Gorski argues, “these social worlds can still studied in a rigorous and objective way.”

For Gorski and his colleagues, insights from the philosophy of science, and a methodological approach within the social sciences known as Critical Realism, provide a framework that permits the integration of apparently contradictory extremes within the field. This new framework opens channels for fruitful dialogue with other disciplines, such as philosophy and theology, about what it means to be human.

Critical realism first emerged in the works of British scholars Roy Bhaskar, Margaret Archer, and others in the late 1970s. Until recently it has remained on the fringes of mainstream sociology, particularly in the United States. In a short essay titled “What is Critical Realism?” Gorski and a half-dozen other current contributors to the field summarize the key concerns addressed by Critical Realism. At its center, the authors say, Critical Realism is about ontology — that is, our theory about what objects or entities are real and fundamental when it comes to explaining the existence and nature of the world. Critical Realism affirms that there are aspects of social reality (and more broadly, reality itself) that empirical approaches characteristic of the natural sciences may be unable to measure. In practice this means that if social science is grounded solely in empirical inquiry, its view will be too narrow.

Critical Realism also takes seriously the critique of scientism mounted by postmodernism and allied theories, which emphasize that apparently objective data and conclusions are, in many if not all cases, laden with hidden assumptions and agendas. “Our accounts are fallible,” the authors write, “and while realism entails a commitment to truth, there are no truth values or criteria of rationality that exist outside of historical time. Because of this, all of our representations and our particular perspectives, have limitations.” Still, they continue, this does not imply “that knowledge is hopeless or the possibility of realism is a futile quest; it simply means that our representations of the world are always historical, perspectival, and fallible.”

Unlike unqualified relativists, however, Critical Realism is committed to the claim that some accounts of the world are better or worse, or closer or farther from the truth: “While facts are, of course, ‘value-laden,’ both in terms of the descriptions we provide and the phenomena we choose to investigate,” the authors write, “what is less often noticed is the manner in which values are often ‘fact’-laden.” Because of this, values can be rigorously investigated with the aim of understanding which ones are better grounded — allowing social scientists to offer meaningful insights into the conditions under which human beings can flourish.

In order to bring visibility to this theoretical alternative, Notre Dame sociologist Christian Smith — author of the 2010 book What is a Person?, which incorporates aspects of Critical Realist thought — encouraged Gorski to take the lead on a multi-year plan to further refine work on Critical Realism while making concerted efforts to introduce the theory to a rising generation of social scientists who have yet to place their ideological bets on either the scientistic or postmodern extremes.

“Our main goal at this point has not been to chart out a precise program of research,” Gorski says, “but rather to build up a network of younger scholars who are connected to each other, who think about these issues, and for whom this is going to be a central part of their research agendas.”

To build that network, Gorski and his colleagues held a series of summer seminars team-taught by leaders in the field. “We spent several weeks — every day for six to eight hours in the seminar room reading together and talking about our research,” Gorski says. They also invited groups of younger scholars to multiple gatherings to discuss texts together and later to workshop the papers they were beginning to produce.

He has already began to see the fruits of these endeavors. A few years ago, the Critical Realist presence at professional meetings he attended amounted to “a kind of beleaguered and scoffed-at little ragtag pack.” Not so today: “After four years, there are now several hundred of us, a very tight-knit group.”

To give this new network resources to grow as its scholars move up the ranks in academia, Gorski and his colleagues are working to produce a series of “touchstone texts” — books and essay collections “that will bring together and synthesize what we’ve learned out of our conversations with each other and our interactions with the students.”

“I’ve had an excellent group of senior scholars who have really helped with the with the teaching and network-building, and who are now also engaged in co-authoring these monographs,” says Gorski. These colleagues include George Steinmetz of the University of Michigan, Doug Porpora of Drexel University, and Frederic Vandenberghe of Rio de Janeiro State University. Gorski’s former Yale colleague Margarita Mooney, now at Princeton Theological Seminary, was also instrumental in guiding the early phases of the project, as was postdoctoral fellow Timothy Rutzou.

Because Critical Realism is framed in a way that is compatible with a wide range of views about ultimate reality, including those that embrace the supernatural, Gorski says that from time to time its proponents are accused of using it as a trojan horse for theism. He appeals to a big tent as a more apt metaphor — there are critical realists who embrace a variety of perspectives, and the fact that some in the movement are theists does not mean the movement has some hidden religious agenda. But Gorski does note that Critical Realism’s endorsement of emergence — the notion that complex systems often exhibit characteristics not reducible to the sum from their constituent parts—leaves it open to the possibility that “there are realities out there that are not directly observable and that have the capacity to support top-down causal influences which may be social but might also be called spiritual.”

“The movement includes people with different orientations, but one of the things that’s important to me is that it does leave open space for people who have a theistic worldview, in a way that doesn’t set that worldview at odds with scientific research,” Gorski says.

Read the essay “What is Critical Realism?”