Greece 2021: Bicentennial of the Liberal Revolution

The year 2021 signifies the bicentennial of the Greek War of Independence against the Ottoman Empire. The founders of the modern Greek state made it clear in the Declaration of Independence that "the war is national, holy, a war whose primary motivation is to reclaim the right to liberty, property, and dignity." However, for the past 200 years, the evident - and historically recorded - influence of classical liberalism on the founding of modern Greece has been under-represented or ignored.

Greece 2021: Bicentennial of the Liberal Revolution is grounded in classical liberal principles. Our project aims to create a new narrative, based on historical facts, that answers the key questions that demonstrate how the ideas of liberty provided the intellectual ammunition for the War of Independence:
- What was the role that liberal ideas played during that era?
- How where the Greek founding fathers influenced by the American Revolution?
- Why were Greece's founding documents (including the Declaration of Independence and the first 3 Constitutions) so liberal and ahead of their times?
- What was the role of free press, merchants, shipowners, foreign liberals and Philhellenes in the founding of modern Greece?

These important questions will be answered through public opinion surveys, original research, book publications, informative videos, high-quality media content, targeted workshops, public events, and an advocacy campaign, all aimed to educate Greeks about the important role of liberal ideas in the War of Independence and the pursuit of a free and prosperous society. 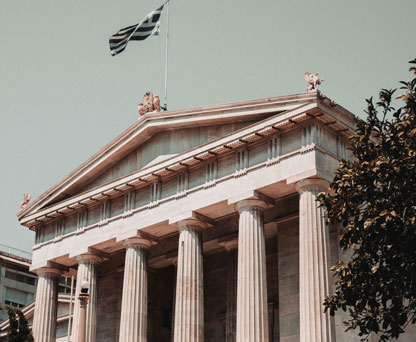