Encouraging independence and enterprise for a healthy old age

Demographic shifts and rising costs may soon push a number of long-standing social safety nets into peril. An analysis of healthcare in the U.K. and its neighbors explores the problem — and some potential ways forward. 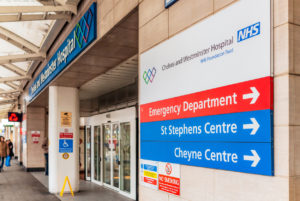 The Institute of Economic Affairs is Britain’s oldest free-market think-tank, supporting decades of serious policy research and public outreach on the ways in which protecting and increasing economic and other freedoms can benefit all members of society. In 2014 the John Templeton Foundation supported research efforts by IEA concerning ways in which the U.K. might meet the structural challenges of maintaining social safety nets in the face of an aging population and rising costs. While the research looked at many issues — from pension reform to reassessing retirement ages — the largest share of effort focused on healthcare, a hot-button topic for a country whose health system, the NHS, is both beloved and a lightning rod for frustration and criticism from both patients and care providers.

In a series of reports, IEA head of health and welfare Kristian Niemietz analyzed the systems and outcomes of countries that, like the U.K., provide universal healthcare but with more flexible systems that deliver better patient care for similar costs. “The U.K. is far from being the only country which has achieved universal access to healthcare,” Niemietz writes. “But Britain is probably the only country where universal healthcare coverage is still celebrated as if it was a very special achievement.” Niemietz goes on to argue that this insular view makes it difficult for the British to adopt best practices from other countries, particularly the successful Social Health Insurance systems operating in the Netherlands, Germany, and Switzerland.

Those systems allow private nonprofit and for-profit hospitals and insurers to exist alongside government-run offerings in a regulated environment that achieves universal coverage while offering more room for innovation and patient choice — and in many cases better health outcomes. According to the IEA’s report, compared to the U.K., both Germany and the Netherlands have better relative five-year survival rates for breast, cervical and colorectal cancers. The U.K. also reported higher rates of postoperative complications, with double the German rate for postoperative pulmonary embolism or deep-vein thrombosis and twice the Swiss rate for sepsis.

“We want to change the narrative so that when someone says that health service reform might be a good idea, there is a constructive discussion rather than an immediate pivot to discuss an alternative system which nobody wants to adopt in any case,” says Philip Booth, a senior academic fellow at the IEA who helped to lead the project. Critics often overlook more successful free-market schemes and accuse reformers of wanting to adopt a version of the U.S. healthcare system, which indeed does deliver incomplete coverage and high costs without correspondingly better patient outcomes, rather than considering the better records of other Western European countries, and countries like Canada and Singapore.

“The difficulty in the U.K. is getting from A to B,” Booth says. “There’s a very high degree of trust in the National Health Service, and starting from that point of view, it’s difficult to introduce any reform which would have popular support. Indeed, if people trust the service then why shouldn’t they be allowed to carry on using the service?”

The idea of keeping the NHS but opening up the British healthcare market to other non-profit or regulated for-profit systems (while giving people a rebate if they opt out of the NHS system) is itself controversial, but Booth believes it doesn’t need to be. Many of the model health systems studied in the IEA’s reports succeed in delivering quality care to the entire population under more open market conditions. Such solutions need not be tied to a single partisan view. Booth notes that the countries cited in the IEA’s reports are led by governments on both the left and the right. Within the U.K., Booth says that although the current leadership of the ruling Conservative and opposition Labour parties, both oppose significant changes to the NHS as politically untenable. But many individual Conservative politicians — as well as a number of current or former Labour Members of Parliament — are more open to evolving British healthcare away from a solely top-down centralized system with no significant patient autonomy.

Booth sees the IEA as uniquely positioned to offer a way out of the current political deadlock through its public outreach work — IEA news editor Kate Andrews has been featured in video op-eds on the BBC’s Newsnight as well as other venues — and through its presentation to school groups and university debating societies.

“We’ve done a lot of presentations to schools working the topic into talks on applied economics,” Booth says. “There are questions such as market failure in health care provision and specific interventions a state might use without necessarily nationalizing the health system lock, stock and barrel. These are very interesting to talk about within school economic societies.”

Booth believes that students are often more clear-eyed about the long-term challenges facing countries with aging populations, and open to rethinking their own expectations about what work and retirement will need to look like to allow their society to flourish under changing conditions.

“One surprise in our research was, with the exception of Singapore, the absence of systems that promote saving for future healthcare needs,” Booth says. “Nearly all countries’ systems work on an annual, pay-as-you-go basis. The question is, should you have some kind of mechanism within healthcare finance so that people can save for future healthcare needs during their working lives and thereby not to create the tensions which exist now in all Western countries?”

It can be an uncomfortable topic, but Booth hopes the IEA’s work on healthcare will equip the public and policymakers with a clearer understanding of the challenge, and of the options. “It’s serious analysis which requires a serious response,” Booth says.

Read Healthcare without the NHS, a book-length report by the IEA’s Kristian Niemietz, with a forward by longtime Labour Party political advisor John McTernan.