Building a field guide to ‘fine tuning’ across disciplines. 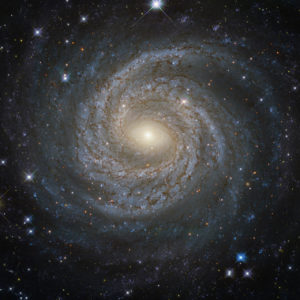 What does it mean to say that the universe is “fine-tuned”? Scientists who study the origins and nature of the universe have increasingly contemplated this notion — the observation that values of many of the universe’s fundamental constants seem to be both essential for life as we know it, but also apparently arbitrary and potentially improbable, with no reason yet understood why they should have had this numeric value and not that one. Tweak one underlying physical constant slightly, and the universe as we know it — let alone life within it — simply could not exist. In recent years David Sloan, a postdoctoral fellow at the Oxford, has observed an ever-greater variety of ways in which fine-tuning is talked about in the realms of physics, chemistry, and even biology. Particle physicists look at things like the mass of quarks, bosons, and neutrinos. Cosmologists focus on things like the densities of various kinds of energy and matter (both directly observable and “dark”), as well as the cosmological constant, which is the energy density of space.

“When you start reading through this,” Sloan says, “you realize these things mean very different things to different people.” Fine-tuning can mean different things as well to those outside the sciences: philosophers and theologians have used scientific findings of fine-tuned physical symptoms to reach sometimes sweeping metaphysical conclusions, often without a detailed understanding of the science involved.

As the meaning of fine-tuning takes on different tones depending on the specific scientific problem being talked about, it can become more difficult to understand whether scientists who use the term are talking about the same thing. Different fine-tuning models have different kinds of starting assumptions and dependent variables which are often obvious only to specialists in a given scientific sub-field. For this reason, Sloan, along with his collaborator Roger Davies and a team of associated scientists, is at work on a meta-project to track the ways that the fine-tuning concept is currently being used, in part to cross-pollinate between different scientific endeavors and in part to help outsiders better understand what instances of apparent fine-tuning do and do not imply.

The result will be a field guide — in book and online form — to observations of fine-tuning as they apply across the sciences. “By bringing all these things together to compare and and contrast,” Sloan says, “we are hoping to bring together a sort of nucleus of what the essence of fine-tuning is.” To that end, Sloan and his colleagues have solicited chapters for the guide from a diverse range of physicists, chemists and biologists working on fine-tuning. George Ellis of the University of Cape Town has written on biological molecules, while the University of Chicago’s Edward “Rocky” Kolb is focusing on dark matter. Adrianne Slyz of Oxford University is writing about exoplanets while Harvard’s Avi Loeb is addressing the fine-tuning of galactic habitability zones.

The online form of the field guide will allow readers to explore multiple streams of thought on fine-tuning, Sloan says. “We want to build a tool here that lets people split the argument to follow around different lines. It will be more interactive and outward-facing.” The current prototype allows users to quickly move from general concepts and definitions of specific variables to equations, while interactive graphs for the explorations of what how the universe would be different if a given physical constant had a different value — for instance, showing how adjusting the cosmological constant slightly downwards causes the universe to collapse in upon itself.

Another element of Davies and Sloan’s project has been a series of meetings — including a conference held in Crete in June of 2017 — that have brought together researchers wrestling with concepts of fine-tuning, as well as philosophers of science working to understand about the implications of fine-tuning — to compare notes, share ideas, and think about where the study of fine-tuning may lead in the future. It was the sort of gathering, Sloan says, where as much or more excitement came from the informal talks as from the papers being presented. “The true highlight for me was seeing all these people come together and discuss and observe how each other refer to these ideas of fine-tuning and the interactions it caused,” he added.

Where will it all lead? Sloan sees great potential for even more diversification of fine-tuning theory as it permeates other disciplines: “At present we are looking at physics — we are quite a long way removed from the chemical and biological. So can we say that chemical processes that are required for life are fine-tuned? The mechanisms of life seem like incredibly intricate systems. How can you not think that these are at some level fine-tuned?”

Although it’s very much still early days for a settled consensus emerges, the consolidation work that Sloan, Davies, and their collaborators are undertaking should prove an invaluable resource for scientists — as well as philosophers and theologians, whose disciplines may be able address some of the big questions raised by fine-tuning.

“Every single time I’ve had a conversation with someone about these issues,” Sloan says, “I’ve found out something new and mind-blowing to me. It turns out nothing is as simple as I hoped it to be — which is probably a good thing, actually.”

Explore Sloan’s project at the Consolidation of Fine-Tuning website

Sloan and his colleagues have produced a series of video conversations on topics related to fine-tuning.