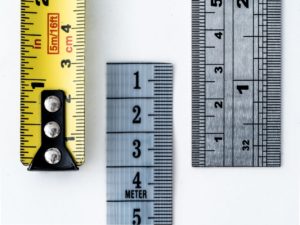 In 2016 Harvard’s Making Caring Common project published Turning the Tide, a report endorsed by 200 colleges that called for a refocusing of the college admissions process to reduce achievement pressure, promote equity and access for economically disadvantaged students, and send strong signals to young people about the importance of ethical engagement. “High school students have been hearing that what’s important is high numbers of AP courses, or being a good athlete,” says psychologist and Making Caring Common faculty director Richard Weissbourd. “They’re not hearing loudly that ethical character is important.” But while Turning the Tide and its 2019 follow-up report’s call for action provided a good first step towards change, Weissbourd and his colleagues realized that many colleges’ well-intentioned steps towards reframing the values of college admissions were still falling short. “Many schools could do a better job drawing on the science of character, defining what these traits are, and preparing reviewers to really assess those traits and virtues,” Weissbourd says.

Over the past three years, Weissbourd’s team has been developing a toolkit for colleges to evaluate applicant character in ways that are systematic, inclusive, and fair. The project, which was funded by the John Templeton Foundation, included a year of research and surveys, pilot studies in a dozen high schools across the country, and further distillation into a report and set of resources for college admissions offices, scheduled to be released in summer 2020. Trisha Ross Anderson, Making Caring Common’s College Admissions Program Director, says that although the team began with the hope that they could come up with a single set of proven tools and practices that could be replicated across different colleges and universities, pilot studies in five partner colleges have convinced them that for character assessments to work in college admissions, a much more individualized approach is needed. “This is really much more about a process that colleges can walk through, asking themselves hard reflective questions about what’s important, how to define it, how to assess it,” Anderson says. “It’s a choose-your-own-adventure story, based in research and best practices.”

With one partner college — a large private research institution on the East Coast — the Making Caring Common team worked with admissions officials to define a value that the college wanted to prioritize assessing, which they phrased as “the betterment of others.” “We then worked together to think about what that actually means, and what it looks like to be committed to the betterment of others,” Anderson says. The Making Caring Common team helped develop a rubric admissions officers could use to assess students when reading their applications. It was a difficult process, as dedication to the betterment of others might take very different forms depending on students’ circumstances. “It could mean community service, but lots of students don’t have that opportunity,” Anderson says. “A kid who takes care of a younger sibling after school — that is a real commitment to the betterment of others.” But a more traditional approach to reviewing student applications might miss that entirely. “We worked really hard to expand the definition so that they’d be inclusive to students of all sorts of backgrounds,” Anderson says.

For each college, the process of discovering and deploying new ways of assessing applicant character will unfold differently. Making Caring Common’s upcoming resource kit will offer tools to help admissions flesh out their particular vision with robust definitions of different virtues and ideas for how a college might attempt to assess them in the context of an application essay or teacher recommendation. They will also offer guidance for how admissions departments can assess the results of their initial attempts, noticing how they seem to be working and which applicants might be accidentally excluded. “It is important that colleges are experimenting, trying out these ideas, collecting good data, and modifying as they need to,” Anderson says.

Given the disruptions to both high schools and universities brought about by COVID-19, college admissions staff are being forced to new ways to evaluate the traits they are interested in — whether academic ability or moral or ethical virtues. “A lot of people are dealing with very unusual circumstances: sick family members, deeper food insecurity, new responsibilities,” Weissbourd says. “It’s really important to capture that context — especially now.”

In the high-pressure, high-stakes world of college admissions, it is inevitable that any new criteria for judgement will be met with a rush by students, parents, and college counselors to tailor their applications to what they think admissions officers want to hear. “When we talk about assessing character, we’re talking about measuring human potential. That’s hard for experts to do, and it’s particularly hard for college admissions. There’s an incentive for kids to present the best version of themselves,” Anderson says. “Some students are going to find a way to game any system — but there are certain things that are better to game than others.” Anderson notes that research has shown that when students participate in community service that is chosen by students and high quality, they tend to have measurably positive experiences regardless of whether they were doing it voluntarily.

Weissbourd agrees that a new approach doesn’t need to be impossible to game to have a positive benefit. “It’s not like rats in a maze where you’re giving people some kind of immediate reward for acting in a way that you support,” he says. “It’s more about showing what the adult world values and sending a signal to students about that.”

Learn more about Making Caring Common and its faculty director Richard Weissbourd, including his 2009 book The Parents We Mean to Be: How Well-Intentioned Adults Undermine Children’s Moral and Emotional Development.