Accurately Measuring Religious Belief and Attitudes Around the World

Want to find out the prevalence of atheism? Maybe don’t ask. 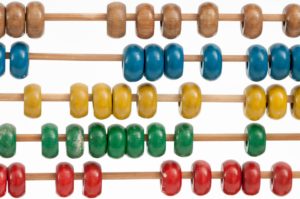 In 2017, University of Kentucky psychologists Will Gervais and Maxine Najle published a paper titled “How Many Atheists Are There?” arguing — on the basis of provocative preliminary research — that traditional surveys of religious attitudes might be consistently and significantly undercounting the number of people who don’t believe in God. They suspected that the concept of atheism carried enough of a negative social stigma that many people who met the criteria of disbelief would be unwilling to admit it directly, even in an anonymous survey. In the paper, Gervais and Najle argued for a different approach — the unmatched count technique, a survey method pioneered in the late 1970s and since used as a way to get accurate, anonymous estimates for delicate or even incriminating questions on topics ranging from drug use to domestic violence.

Now, building on those initial results from 2017, University of British Columbia psychologist Azim Shariff is working with Gervais to design and deploy experiments that will refine the survey technique for questions about religious disbelief, both in North American contexts and internationally in societies like Saudi Arabia or Sweden whose members may feel different levels of social pressure when it comes to admitting atheism, even anonymously.

“The gold standard of survey research often involves face-to-face interviews with survey participants, often conducted by people of similar cultural backgrounds,” Shariff says. “This method has been used in some of Gallup’s international polls on religion, and the data that derives from these surveys is widely used across the social sciences, but it creates exactly the circumstances under which people feel pressured to embellish their virtuous responses, and disguise or outright lie about ones they feel enjoy less societal approval.”

The unmatched count technique attempts to avoid this by never requiring participants to directly answer the question at hand. Instead, they are given a list of statements and are only asked, “How many of these are true for you?” The control group generates baseline data for a set of innocuous statements (for instance, “I use a computer every day” or “I own blue shoes”) while the other group receives the same set of statements plus an additional question such as “I believe in God.” Since the participants only report a number, but never have to indicate which items on the list are true for them, any individual’s answer is not a definitive admission or denial. But by comparing the average number of agreed-to statements for large-enough control and experimental groups, the group’s rate of agreement with the target question can be deduced.

“Atheism” itself can be a loaded term with varying definitions, encompassing simple doubt to more defined and far-reaching philosophical frameworks. Gervais and Shariff are using a standard psychological definition of atheism — disbelief in God or gods — but are well aware that people’s individual impressions of what atheism means or implies can significantly affect their answers, even in an unmatched count scenario. For instance, if similar questions like “I do not believe in God” and “I disbelieve in God” yield different results, is it because the two queries are teasing out different truths, or simply because one form of the question requires a little more mental work to evaluate? In a series of preliminary surveys, Gervais and Shariff — with assistance from graduate students Nava Caluori and Brett Mercier — will test question variations to determine which versions seem the most reliable. From there, they will move to adapting the technique for international contexts. In Muslim countries like Saudi Arabia and Morocco, they also hope to generate unmatched count results for questions related to religion and society — such as punishments for adultery or acceptance of Sharia Law — that may carry significant social pressure when asked directly.

A HUNGER  FOR RESULTS

“One of the challenges for this project has been figuring out ways to recruit the sheer number of participants we need to test these different methodologies,” Shariff says. “Unlike simple self-report, the unmatched count technique is very hungry for participants.” But Shariff and Gervais believe the recruitment effort should be worth it.

“If what we suspect is true, the implications of our results will be significant,” Shariff says. “Long-held findings that we repeatedly see in the existing literature may turn out to have been highly distorted by our reliance on a flawed way of measuring religiosity, and many of the key statistical relationships we are used to in the psychology of religion — including the relationship between religiosity and health, happiness or morality — may need to be retested.”

Learn more about project leaders Azim Shariff and Will Gervais.