A chance to equality in health: Is people’s health determined by ancestral environmental exposures? 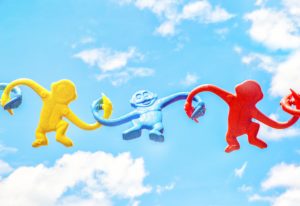 When a baby is born the world is, metaphorically at least, created anew. The French enlightenment philosopher Jean-Jacques Rousseau famously argued — in contrast to the Catholic doctrine of original sin — that a new child represents a tabula rasa, a blank slate free from the curses of prior generations. Twentieth century genetics offered another version of this blank slate narrative: we inherit our genes from our parents, but in a new combination largely untainted by our parents’ (and their parents’) life experiences. Life experience and environmental exposure sometimes alter which of our genes are switched on or off, but when reproductive cells are formed, this accrued information — the epigenome — is cleared in two resetting events (the first when the egg and sperm are produced, and again shortly after conception) that were until recently thought to wipe the epigenetic record clean.

Recent studies have shown, however, that the presumed blank slate may not be so blank after all. Sometimes epigenetic information survives the resetting events, suggesting that environmental exposure can change our offspring (and our offspring’s offspring), without directly alter the genes themselves.

Biologist Patrick Allard at UCLA has been investigating the connections between genetics, development, environment, and health. Some of the recent work from his lab has shown that environmental exposure to the common plastic ingredient Bisphenol A (BPA) can induce heritable changes in gene expression in C. elegans, a tiny worm used as a model organism in genetics research.

Allard wondered if the same effect might be found in humans, but realized research on this question exceeded the expertise and resources of his own lab. The needed help, however, was just across campus. Allard’s UCLA colleague Amander Clark had built a leading laboratory specializing in the reprogramming of human primordial germ cells, the parent cells of sperm and eggs. Since primordial germ cells undergo one of the major epigenetic resets, a careful study of those cells could show whether or not the effects of environmental exposures are passed on. Clark had also been working on cutting-edge techniques to take already-differentiated cells and effectively roll back the developmental clock to a stem cell state from which they can be coaxed into becoming primordial germ cells.

“These stem cell models enable us to study these reprogramming events,” Clark says. “They also enable us to screen for environmental agents that impact the epigenome of these germ cells we make in the lab. These are not direct human studies; rather, they give us information on how humans might be affected. Then we can develop strategies to minimize harm in the population that potentially arise from these ancient exposures.”

FROM THE LAB TO THE PUBLIC SQUARE

Even though Allard and Clark’s work is basic scientific research, they are working with Hannah Landecker, director of the UCLA Institute for Society and Genetics, to think through the social implications of these epigenetic findings. Trained in anthropology, sociology and the history of science, Landecker has done influential work tracing the way that early stop-motion microscopic films showing cell division helped build public acceptance of the not-so-intuitive idea that our bodies are made up of billions of individual cells. She believes that epigenetics will require similar sorts of public education — and a set of new ways of understanding how the choices we make might affect our offspring. “Those scientific questions have a really profound impact on how we think about the environment, who regulates it, what’s in it, and whose responsibility it is to know about what’s in it,” Landecker says. “These scientific issues will never be isolated from the social lives that we have. It’s Important to think about the impact of the results, but it’s also important to think about the narrative through which science is communicated.”

Together the UCLA team hopes their research on BPA’s ability to induce heritable epigenetic change in germ cells will spur further research, both of other potential toxins and of other somatic cell types that may experience similar changes. “The big question that we really want to try to answer is, how much of our environmental past stays with us through the different generations,” Allard says. “This means going back to the question of how much of a clean slate we get in each generation, and to what extent our environmental ancestry is potentially shaping our present and future health.”