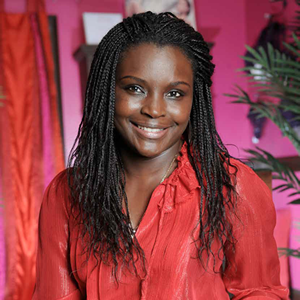 Fluent in Wolof, French, and English, Ms. Wade is an accomplished communicator, speaking at the U.N., The Clinton Global Initiative, the Aspen Institute, TED, and Conscious Capitalism. She has influenced countless, at dozens of universities including Harvard, Yale, Columbia, Cornell, MIT, UC Berkeley, Dartmouth, and the Wharton School of Business.

She has appeared on Forbes’ “20 Youngest Power Women in Africa” list, and was named a Young Global Leader by the World Economic Forum at Davos, a TED Global Africa Fellow, and a “Leading Woman in Wellness” award winner by the Global Wellness Summit. In addition, she was featured on the cover of Forbes Afrique for being the person in Francophone Africa having the greatest positive impact on the future.

She serves as the Director of the Atlas Network’s Center for African Prosperity and on the Advisory Board of the Whole Planet Foundation of Whole Foods Market.

Driven spiritually to promote valuable cultural change, Ms. Wade created several successful high-end retail brands inspired by diverse African traditions. She is the founder and CEO of SkinIsSkin, “the lip balm with a mission.” This lip balm is dedicated to reducing racial discrimination, while creating jobs and prosperity in her home country of Senegal.

Ms. Wade’s forthcoming book, The Heart of the Cheetah, highlights her passion to share the truth about African poverty and the future of human flourishing. She believes that the “cheetah generation,” a new cohort of dynamic African entrepreneurs and professionals, will create local pathways for change that will shape the future of African prosperity.