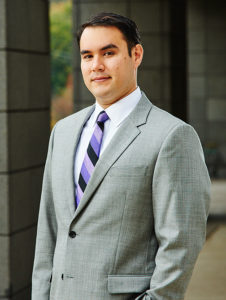 This conversation is the second in a series of conversations about the Strategic Priorities that the John Templeton Foundation will be funding over the next five years. This interview with Alexander Arnold, senior program officer in Philosophy & Theology, was conducted and edited by Alyssa Settefrati, Communications Specialist.

What are the ideas and goals behind Programs in Latin America?

It helps to understand what the general idea is behind the Global Strategies portfolio and then let that understanding percolate down into understanding what the goals are behind the Programs in Latin America. The Global Strategies portfolio takes a page out of Sir John Templeton’s investment strategy when he was starting his global mutual funds, which sought to invest in companies and entrepreneurial opportunities outside of the traditional western English speaking world. Sir John invested in Asia and rode a wave of growth. The basic idea behind the portfolio is that, similar to how there were and still are opportunities in global markets to invest in new ideas, new products, and new companies, we can also make investments in intellectual enterprises and intellectual entrepreneurs outside of the familiar circles of the English speaking world. We view Latin America as one part of the world where there is great potential for new ideas and new approaches to perennial questions that we feel, for unjustified reasons, haven’t been explored. One thing that attracts us to Latin America in particular is that, as the Pew Research Center’s 2014 “Religion in Latin America” report has indicated, it’s a part of the world with a lot of religious ferment and movement. There’s frequent religious switching happening, people leaving the Catholic church, becoming Protestant, or leaving religion entirely, with growth of new kinds of spirituality. It’s an interesting environment for us to invest in.

What is the state of the research now in this area?

The work isn’t really focused on specific research topics. The short term goal is stimulating interest in the questions that the Foundation and Sir John have been interested in, and helping to build capacity to do the kinds of research to answer these questions. The three academic disciplines in which we’re focusing a lot of effort are philosophy, theology, and psychology of religion. The current state of philosophy and theology is that, while a lot of research happens in Latin America, the research is of variable quality and often not a good fit for our interests, as happens in North America. Much of the research is focused on historical studies, interpreting views of figures from the past. And that kind of work is very important, but Sir John’s orientation was always towards constructive, progress-oriented research that didn’t simply look to figures from the past but also sought to generate new ideas, concepts, and positions. Our hope in Latin America is to stimulate more constructive research in philosophy, theology, and psychology that is more oriented towards particular questions and not necessarily exclusively focused on examining the views of past figures.

What is most exciting to you about this strategic priority?

My answer here is sort of informed by history. In the US, we had all these “great awakenings” happen. These were times of religious ferment and religious dynamism that really shaped American culture and will continue to do so in the future. I think that Latin America is in a similar inflection point in its history and development. What would American culture look like had there been a John Templeton Foundation during one of these “great awakenings”? What if there had been a concerted, strategically-sensitive effort to help the people who were at the forefront of this religious dynamism to think carefully about the ways in which religion and theology might relate to the emerging science of the day? I think American culture would have turned out very differently from how it is now and in certain respects would have benefitted from that kind of engagement. I think the Foundation is in a position now where it has the opportunity to positively influence the religious ferment and dynamism that is happening in Latin America. Perhaps it will lead to a Latin America where you don’t have the same sort of perennial struggles between science and religion that you see crop up in the US and Western Europe. I think what’s most exciting is that we have an opportunity here to partner with people in Latin America who are passionate about science or passionate about religion and see the benefits of both, to partner with those people, and to work to make Latin America a place where religion and science can flourish.

Why do you think this strategic priority is important now?

Latin America is a dynamic place. There’s a lot of growth, a lot of turmoil, and a lot of opportunity, so I think it’s important for us to take advantage of the change and movement there. And Latin America is culturally similar in many respects to Western Europe. There’s a lot of the same institutional infrastructure, there are big state supported universities, and a burgeoning private sector of universities and colleges. Working in Latin America is low hanging fruit. It’s important for us to start with something that’s going to be easier and to seize the opportunities we have there.

A few. Most research in psychology of religion has focused on what scientists call “WEIRD audiences,” which is an acronym for Western Educated Industrialized Rich Democracies. Work in psychology of religion, you might worry, is biased by a sample population of “WEIRD people.” One thing we hope to do going forward is to expand the populations that are studied in Latin America. Given both its cultural affinities but also its cultural differences from the United States, and given the religious ferment, it serves as an interesting population to focus on in scientific research of psychology of religion, and we hope to “train up” Latin American scientists to carry out cross-cultural research. One big question is, what does the cross-cultural study of the psychology of religion in Latin America and in all the diverse populations within Latin America show? What new insight might that reveal about the nature of religion, the nature of religious cognition, and the way in which people think about God or gods or spirits? With respect to philosophy and theology, one project that we recently launched in Latin America is a $1.2 million project that we are running in conjunction with the University of Los Andes and is led by philosopher Santiago Amaya. The topical focus consists of questions about human freedom, free will, agency, and moral responsibility. One thing that I’m hoping comes out of this in the long run is some of the insights that Latin American scholars have had about the way in which our social contexts and social positions constrain and inform and structure our action in the world. We tend to think of free will and our agency as being almost fully within our control, but I think that the one thing that Latin American scholars feel in their bones because of their colonial history is that our freedom in many respects is limited and constrained and shaped by our social contexts. There’s great potential to understand what the barriers to human free will might be and how we might enhance human freedom.

Where would you like to see our insights into this area in 5 years? What questions do you hope we’ll be asking then?

Five years is a very short period of time. I guess what I’m hoping happens in Latin America is that there arise these communities of scholars in philosophy and theology and psychology that are centered around the sorts of big questions that the Foundation is interested in. One of the challenges that many Latin American scholars in these disciplines face is scholarly isolation. They feel cut off from one another and they feel cut off from the global conversations about the issues they’re concerned with. Partly it’s because much of the scholarship that goes on happens in English so there’s a language barrier. Sometimes they lack access to the relevant information and resources. And even sometimes physical distance can be a challenge. These can all lead to a sense of isolation. So the hope is that within five years, we will have some communities of people that have built relationships with one another within Latin America and also outside of Latin America, so that they can contribute to and participate in global conversations about big questions concerning nature of God, how we think about God, and questions about human freedom, so that they become part of what’s happening around the world. That’s really the hope: groups of people that are better connected.

Read about our funding goals in Programs in Latin America or our other Strategic Priorities.