Across the globe and across history, people have looked up at the night sky and wondered about what they were seeing, and what remains hidden, in the heavens. With the help of modern science, we now know an incredible amount about what the universe contains, but have an equally potent awareness of just how much we don’t know. Fundamental questions — “What is the universe made of?” or “Are we alone?” — remain to be answered.

Those two questions are part of a series of six compelling and vexing questions explored in NOVA Wonders, a new series from the storied science television show NOVA, which has been produced by WGBH Boston and broadcast by PBS since 1974.

While most episodes of NOVA introduce the show’s audience to what scientists know, NOVA Wonders is framed around six fundamental questions about which the honest scientific answer is: We’re not sure. In addition to the episodes “Are We Alone?” and “What’s the Universe Made Of?,” episodes will also explore “What Are Animals Saying?,” “What’s Living in You?,” “Can We Build a Brain?,” and “Can We Make Life?”

“None of these questions are really answerable,” says NOVA senior executive producer Paula Apsell, “But all of the questions are approachable for modern science. These are difficult shows to make; they ask the audience to sit for 52 minutes even though we’re not going to be able to give them a conclusive answer. So the storytelling and the visuals have to be really fantastic in order to retain the audience’s interest.” 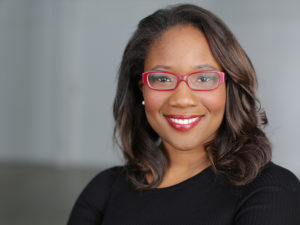 NOVA Wonders features a trio of engaging younger scientists from diverse backgrounds who help guide viewers through interviews and visualizations as they explore each episode’s topic. The lead host is Talithia Williams, a mathematician and statistician at Harvey Mudd College, who is joined by NYU neurobiologist André Fenton and artificial intelligence expert Rana el Kaliouby, whose company, which develops so-called “Emotion A.I.,” was launched out of the MIT Media Lab.

“It was very important to us in the show to present scientists as people who come from all walks of life,” Apsell says. “We want our viewers to be able to say, ‘That could be me!”

According to Julia Cort, the NOVA deputy executive producer who led the production of NOVA Wonders, part of the goal of the series is to put viewers in the scientists’ shoes as they approach difficult and fascinating questions: “What does this feel like to be working in a field where some people have spent their lives and careers trying to figure out what dark matter is?,” Cort wonders. “They’ve built detector after detector to try to capture a dark matter particle but no one has succeeded yet — is that frustrating or is it exciting or is it both?”

The six NOVA Wonders episodes are premiering between April 25 and May 30 on Wednesdays at 9pm on most PBS affiliates, but each episode is also being streamed simultaneously on NOVA’s Facebook page, where users can also explore additional resources including a set of six short-form companion videos made for each episode. The three hosts are also actively engaging users on Facebook, Twitter and through a series of Ask Me Anything (AMA) Q&As on Reddit. Cort says that a number of live public events, including one with Talithia Williams are also in the works.

NOVA Wonders is also becoming the subject of its own research. Lisa Leombruni, who worked at NOVA before becoming director of the Environmental Communication Program at U.C. Santa Barbara’s Bren School of Environmental Science and Management, will be tracking the success of the programs’ online components in the hope of teasing apart which forms of media are best at engaging a diverse audience around scientific topics. “We hope that by identifying new ways of engaging with social media audiences through a few new, simple tactics, we can deepen engagement with science learning online,” Leombruni says.

Learn more about NOVA Wonders on the PBS website.