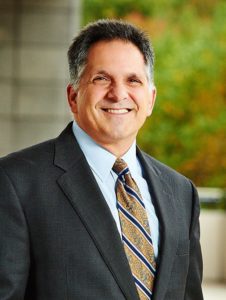 This conversation is the fourth in a series of conversations about the Strategic Priorities that the John Templeton Foundation will be funding over the next five years. This interview with Kimon Sargeant, Vice President, Programs, was conducted and edited by Christina Van Riper, Executive Associate, Programs.

Prior to coming to the Foundation, I was working at The Pew Charitable Trusts developing projects to examine the role of religious communities in American civic life. Our goal was to learn more about when and how religious communities can influence society constructively and positively. Many of Sir John Templeton’s questions about the potential benefits of religion are a continuation of that line of work. His particular interest in how participation in religious practices can impact human flourishing matched well with my academic background, and presented intriguing opportunities to expand these lines of inquiry in an interdisciplinary direction.

How do you define the Foundation’s work related to Health, Religion, & Spirituality? What are the goals of this priority?

While the Foundation has funded many projects related to these topics over the last decade, we are currently focusing our grantmaking on two areas: (1) testing for causal relationships between religion, spirituality, and health, and (2) engaging religious and spiritual resources in the practice of health care.

Some of the questions that are still hard to answer from the data we have now include, “Are healthy people more religious? If so, is it because they are physically able to get to a church or synagogue or mosque? Or is it that being involved in these communities contributes to health?” The challenge is that most of the studies that address these topics have only asked people these questions once, rather than repeatedly over several years.  So researchers find this positive connection, but they don’t know the direction of causality.

Other factors complicate the story. It’s plausible that when people get ill, they might then be drawn to more spiritual questions and might reconnect with a religious community. In that case, poor health contributes to increased religious participation, so religious involvement then looks like it’s bad for your health. Another factor that is tough to tease out is that African Americans have generally had higher levels of religious involvement, but they are also more likely to be part of disadvantaged communities, which are associated with poorer health. In that case, is religion bad for your health, or does religion still provide support in a way that is better for your health than other people with similar conditions? You need large studies that follow many people over time to answer these questions.

What is most exciting to you about this priority?

First, I appreciate that this priority ties into a broader goal of the Foundation. My own term for that is “mainstreaming the study of religion.” We see that across the board from work we have done previously in science and religion to identify areas of compatibility or mutually beneficial exchange. We see that in our Philosophy & Theology department, where we support asking philosophical and theological questions on topics such as free will and human flourishing. We also see it in the biological sciences, such as medicine, where religiosity had not been a major player in research. Now people are saying, “Wait a minute. Social support, connection to community, even things about your own mindset, contribute to health as significantly as some of the ‘hard factors.’” If we can support really good research on such subjects, then it could show that religiosity should be considered as a factor in human flourishing in a variety of fields.

The second exciting part of this priority is engaging religious and spiritual resources in healthcare practices. When people encounter the healthcare system, it can be a time of stress or crisis when people might seek spiritual support. Are there ways, then, that medical practitioners can make medicine and religion allies? One track is to train chaplains in research methods so they are better equipped to contribute to research work and to help train doctors and nurses on doing quick spiritual-needs assessments. At the simplest level, this means asking patients if they would like to have a chaplain, or if they have a pastor, priest, rabbi, or imam who should be contacted. The point is to allow people to connect to their own communities and not have the medical system cut them off.

What is the state of this work now? What are the most interesting or surprising developments?

Depending on the topic, it varies considerably. The one that is more advanced is increasing the scientific literacy of chaplains in healthcare settings. We have a couple grants that have been pretty successful in training chaplains on research methods so they are better equipped to interact with the medical world. The training not only helps them to serve as chaplains, but also gives them additional credibility with the medical community.

One current challenge — and opportunity — is finding ways to add better questions about religion and spirituality to major U.S. health cohort studies. These are exactly the kinds of longitudinal studies that could provide answers to some of our core questions, but it is slow-going to make progress here.

Even though Sir John Templeton started making grants on these subjects years ago, many of which found their way into the two very large volumes on religion and health, there are still some really fundamental questions to which we still don’t have definitive answers.

This is a perennial, important topic. There is a broader cultural debate to quote the late Christopher Hitchens’s book, Does religion poison everything? Put a bit less provocatively, “Is religion good for anything?”

Religion has been an almost ubiquitous factor in human civilization. Is that an evolutionary mistake or is there really some benefit to individuals and communities and societies? It’s part of a bigger set of questions, including: “Why do people believe and what difference does it make?”

There is also a growing critique of religion. Some of it is very well justified, and some of it is overblown. Our approach is to engage this topic with as much scientific rigor as we can, and see what the benefits are, if any, that can come from being involved in religion. This could contribute to a health system that is more responsive and open to religion and spiritual practices.

The first one is testing for causal relationships between religion, spirituality, and health. Under what conditions do spiritual practices and beliefs positively influence health? And to answer that, you need to look at the flip side too. How do they negatively influence health? I think a lot of the effects of religion and spirituality are indirect. For example, Nicholas Christakis and James Fowler in the book Connected used cutting-edge social network mapping to find how our extended social networks influence us. They are finding that if X number of people in your network are runners, or are overweight, or smoke, then you are that much more likely to exhibit similar behaviors or traits. Some of it is that we associate with people who we are like, but it is also the people that we associate with influence what we do and how we behave. I think we can learn a lot about social context and how it interacts with our beliefs, and health is a big part of that.

We also want to test the impact of religiously integrated therapies. Dr. Harold Koenig’s research on religiously integrated Cognitive Behavioral Therapy is one way we are addressing the question, “Does infusing religious or spiritual content into conventional therapies increase their effectiveness?” One of the really interesting case studies to me is Twelve Step groups such as Alcoholics Anonymous. They have a spiritual component, referring to a higher power, and also provide loose associations, spiritual kinship, and community in a way that has helped people handle issues that our medical and pharmaceutical approach often doesn’t address. Seeking to understand more about when these social/spiritual interventions are effective is another good question.

On the first track — testing for causal relationships — we’d like to see a lot of work taking off independently of Foundation funding. That would mean that several of the major health cohort studies in the U.S. would have added a module or a set of better religion and spirituality questions to their recurring surveys.

We’d also like to see the work expand to international surveys. I mentioned earlier that a lot of the work we have funded is in the U.S., or in countries that are culturally Christian. In five years, we hope to have a better sense if the patterns are similar across religious traditions, and where there are major divergences from what we have seen in the U.S. and Europe. I’d also like to see significant work under way in countries that are traditionally Muslim, Buddhist, Hindu, and Jewish, to give country-specific information on the effects of religion and spirituality on health.

On the second track, we’d like to see more integration of spiritual care into medical curricula. We have funded Dr. Christina Puchalski’s work in this area, and we found that the coverage has been pretty broad, but it’s not that deep. About 75 percent of US medical schools had at least some part of their training or curriculum that included religion and spirituality. In many cases it was an elective rather than a required course. So in the next five years, it would be nice to see greater depth. As Dr. Puchalski puts it, physicians should be required to learn “to practice spiritual care.”