The Science of Gratitude

Insights and open questions from within the science of gratitude

In 2011 Fordham University sociologist Costas Panagopoulos published a study concerning three U.S. elections in which he found that voters who were sent a postcard thanking them for voting in the last election were significantly more likely to vote in the next election than were those who were sent a postcard simply encouraging them to vote. This effect was surprisingly strong, and it successfully mobilized a diverse range of voters.

Whether one finds oneself on the giving or the receiving end, there is something undeniably compelling about gratitude. Over the past decade researchers like Panagopoulos and hundreds of others have published studies looking at the nature of gratitude, how we might cultivate it, and what effects that cultivation might have.

Throughout history and around the world, religious leaders and philosophers have extolled the virtue of gratitude. Some have even described gratitude as “social glue” that fortifies relationships — between friends, family, and romantic partners — and serves as the backbone of human society.

Over the past two decades scientists have made great strides toward understanding the biological roots of gratitude, the various benefits that accompany gratitude, and the ways that people can cultivate gratitude in their day-to-day lives. The John Templeton Foundation, which has funded dozens of such studies, recently commissioned a white paper to capture the state of the science of gratitude — what it can tell us and what questions it still leaves unanswered — based on more than 270 publications.

What is gratitude and where does it come from?

Most people have an instinctive understanding of what gratitude is, but it can be surprisingly difficult to define. Is it an emotion? A virtue? A behavior? Gratitude can mean different things to different people in different contexts. However, researchers have developed some frameworks for conceptualizing gratitude so that it can be studied empirically and rigorously.

Robert Emmons and Michael McCullough, for example, define gratitude as a two-step process: 1) “recognizing that one has obtained a positive outcome” and 2) “recognizing that there is an external source for this positive outcome.” While most of these positive benefits come from other people — hence gratitude’s reputation as an “other-oriented” emotion — people can also experience gratitude toward God, fate, nature, etc.

Research suggests that gratitude is not simply a cultural construct. It has deep roots that are embedded in our biology and our evolutionary history. Animals as diverse as fish, birds, and vampire bats engage in “reciprocal altruism” — behaviors in which they repay good deeds done to them by others. Many scientists see this activity and the desire from which it springs as an expression of gratitude, and some scientists have suggested that gratitude may have evolved as a mechanism to drive this reciprocal altruism.

Meanwhile, neuroscientists have identified brain areas that are likely involved in experiencing and expressing gratitude (one found that people who more readily experience gratitude have more gray matter in an area of the right inferior temporal cortex). A few studies have identified specific genes that may underlie our ability to experience gratitude, and sets of identical twins have shown higher correlation of self-reported gratitude than fraternal twins have — suggesting a genetic component to gratitude.

Recent studies have also begun exploring the developmental roots of gratitude. This work suggests that even fairly young children have some concept of gratitude that develops as they mature.

Even if humans as a species have a general propensity for gratitude, what determines whether an individual feels grateful or not?

Several studies have found that girls and women report feeling more grateful than boys and men, possibly because boys and men — at least in the United States — are more likely to associate gratitude with weakness or indebtedness.

Other studies have identified certain traits, including envy, narcissism, and cynicism, that act as barriers to gratitude. One study hypothesized that, since it’s difficult for people to be grateful and envious at the same time, the lower life satisfaction seen among materialistic people could be explained by the fact that they reported lower levels of gratitude. Another recent study of undergraduate students found that self-reported levels of narcissism at the beginning of the study were significantly negatively associated with gratitude levels two months later, perhaps because, the researchers wrote, “Individuals high in narcissism may not even notice that a gift has been conferred because they believe they are entitled to the benefit.”

Multiple studies have found associations between elements of religiosity and dispositional gratitude, suggesting that there may be a link between the two. One study found that people assigned to pray for their partner, or pray in general, for four weeks reported higher gratitude at the end of the study than people who were assigned to think about their daily activities or to think positive thoughts about their partner. In contrast to prayer, simply priming people to think about religious concepts did not increase their gratitude or generosity.

In attempting to understand the ways that culture may influence people’s experiences of gratitude, researchers discovered that men in the United States reported experiencing gratitude less frequently than those in Germany, and one-third of the American men said they preferred to hide gratitude, while none of their German counterparts did. Part of the difference in cultural approaches to gratitude may be the different cultural emphases concerning related negative emotions like guilt and indebtedness.

A few studies have looked at how parents might influence their children’s experience of gratitude. For example, a study of fourth and fifth grade students and their biological parents found a small but statistically significant relationship between the self-reported gratitude of the children and their mothers (although not between the children and their fathers). Another study explored why more grateful parents might have more grateful children, finding that more dispositionally grateful parents were more likely to place their children in situations that might evoke feelings of gratitude, such as volunteering for people in need.

Gratitude has been shown to be correlated with many other positive physical and psychological outcomes, though causation is often much more difficult to verify. Still, a handful of studies suggest that more grateful people may be healthier, and others suggest that scientifically designed practices to increase gratitude can also improve health and encourage the adoption of healthier habits.

Multiple studies have also found that people with higher levels of dispositional gratitude have signs of better psychological health, including higher levels of perceived social support and lower levels of stress, depression, and anxiety. 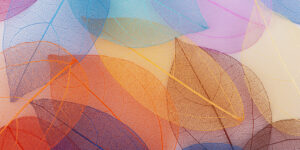 Since evidence links gratitude to a host of psychological benefits, it stands to reason that activities encouraging people to feel more grateful might produce similar benefits. Many studies have explored this possibility. In one study, people who wrote about their blessings weekly for 10 weeks reported feeling more optimistic about the following week; they also felt better about their overall lives than did participants who wrote about daily hassles or ordinary events in their lives. In another study, people who wrote down three things that went well, and identified the causes of those good things, reported increased happiness six months after the week-long intervention.

In recent years, studies have found that more grateful adolescents are more interested and satisfied with their school lives, are more kind and helpful, and are more socially integrated. A few studies have shown that gratitude journaling in the classroom can improve students’ mood and that a curriculum designed to help students appreciate the benefits they have gained from others can successfully teach children to think more gratefully and to exhibit more grateful behavior (such as writing more thank you notes to their school’s PTA).

That said, not all studies have replicated the positive benefits from gratitude journaling. In one case students asked to count their blessings just once a week reported improvements in well-being, while those asked to do it three times a week actually experienced a decrease in well-being (as did a control group).

Research in the science of gratitude supports what some researchers refer to as its “find, remind, and bind” functions: By attuning people to the thoughtfulness of others, gratitude helps them “find” people who are good candidates for quality future relationships; it also helps “remind” people of the goodness of their existing relationships; and it “binds” them to their partners and friends by making them feel appreciated and encouraging them to engage in behaviors that will help prolong their relationships. For example, one study found that participants who were thanked for helping a student on an assignment were more interested in affiliating with that student in the future; another study found that partners who had a series of conversations expressing gratitude to their partner reported more improvements in their personal well-being and in the well-being of their relationship than did partners who had conversations disclosing something personal about themselves.

A handful of studies suggest that gratitude may help employees perform their jobs more effectively, feel more satisfied at work, and act more helpfully and respectfully toward their coworkers.

From journaling to giving thanks verbally in person, a growing number of studies have tested the efficacy of various interventions designed to boost gratitude. The results of many of these studies are positive — but they spur the further question of what kind of people are more likely to engage with, and benefit from, certain gratitude interventions.

The Roman politician and orator Cicero famously called gratitude “not only the greatest of the virtues but the parent of all the others.” Since research on the science of gratitude is relatively new, there are still many open questions left to explore as researchers seek to understand gratitude’s qualities and the ways in which other virtues or positive outcomes might flow from it. A few studies have also contemplated the potential dark sides of gratitude, such as the ways that perceived expectations of gratitude can feel burdensome for people with disabilities, or that encouraging more gratitude could be used as a band-aid to cover up unaddressed deeper problems ranging from relational dysfunction to socioeconomic inequality. Future research should help to further define and categorize different types of gratitude experiences, determining why some interventions work for some people but not others, and identifying how best to use gratitude interventions in the home, classroom, and the workplace.

Download the full research summary on the science of gratitude.

The Many Benefits of Gratitude | Happy Thanksgiving!

Charting a Global Map of Gratitude

It’s a grateful life: Grants explore the benefits of gratitude and humility

Sir John Templeton believed that the path to life’s blessings is paved with gratitude. Recent research has supported this intuition that gratitude and humility can, among other things, help forge […]