The control principles of complex systems

Using networks to understand how brains, cells, and more behave with predictable stability despite their incredible complexity. 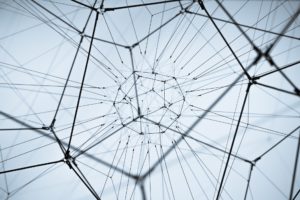 The scientists who study the characteristics of networks and other large systems (a category diverse enough to include bacteria, power grids and galaxies) use the term control with a very specific meaning: a controllable system is one in which certain types of inputs yield certain predictable outputs — even if researchers cannot trace their inner workings. Whether it is an economy, a brain, or a social network, a controllable system is reasonably stable (meaning it doesn’t just collapse with the slightest change) and can be steered towards a desired output. Over the past several years, Dr. Albert-Lazlo Barabasi and his colleagues at Northeastern University’s Center for Complex Network Research have been building a general toolkit to identify how and why certain complex systems are controllable — a project with ramifications across multiple branches of the natural and social sciences.

“Control theory is not something that biologists or brain scientists think much about,” Barabasi says. “Engineers think about it a lot — you don’t buy a car that you’re unable to control. We’re not there yet to be able to say, ‘I’m going to control your brain or control a cell.’ But we are trying to figure out, how does the brain do it, how does the cell do it? To what degree does the underlying network help or make it more difficult to control the system?”

AS THE WORM TURNS

The unassuming roundworm C. elegans, which lives in the soil and is about a millimeter in length, is for the moment unique as the only species to have its entire connectome — a neurological wiring diagram of the worm’s 300-plus neurons — completely mapped. Thus the worm became the unique proving ground for a new approach to understanding the way that complex networks interact.

In a (relatively) simple mechanical system like a car, one form of input — a turn of the steering wheel, say — propagates through hundreds of individual parts to achieve the expected result. But biological systems, even those of very basic life forms, contain deeply convoluted networks of connections, pathways through which causes and effects are dispersed. And since everything is connected, it is often quite hard to discern which of the network’s nodes and links are essential for achieving a given outcome. Nevertheless these systems have evolved to exhibit remarkable stability.

By analyzing the structure of C. elegans’s network of nerves, Barabasi and his colleagues were able to identify a dozen neurons that were believed essential for the worm’s movement in response to stimulus. Checking the voluminous data of studies already done on C. elegans, Barabasi’s team discovered that 11 of the neurons they had identified were already known to be necessary for the worm’s normal movement. For for the twelfth, Barabasi enlisted outside help: “That was the moment when we then went back to the experimental group from England who were experts in removing individual neurons. We said, ‘Could you remove that single neuron that we predicted?’ When they did, our prediction was exactly on the money,” Barabasi says.

The importance of this result — in which network analysis was able to produce a successfully falsifiable hypothesis — is further-reaching than it may first appear. It shows that the tools that Barabasi and his fellow network theorists are developing can be applied to other networks, as they become known. Work is underway to map out the connectomes for other model species, from fruit flies to mice, while more ambitious efforts are aiming to do the same for the human brain.

While the C. elegans experiments looked at how to identify at what points a network will cease to be robust or controllable, Barabosi’s colleague Yang-Yu Liu used funding under the same John Templeton Foundation grant to investigate whether the complex and very individual-specific interactions within the human microbiome — the colonies of bacteria that live in on the surface of our bodies and in our digestive tracts — vary in unpredictable ways from person to person. If there are universal dynamics that describe the networked interactions of these individual bacteria, it would mean that, although each person might not have exactly the same quality or proportions of bacteria, the bacteria whole nonetheless interact, as a system, with each other and with our bodies in generally stable ways.

Liu and his colleagues found that the microbiome showed remarkable universality, particularly in the gut, with the same types of bacteria taking the same general roles in the network. The only data they studied where where this was not observed came from subjects suffering from recurrent infections from a bacteria known as C. difficile — a disorder characterized by a deeply compromised gut ecosystem. When those subjects had their gut flora replenished via a fecal transplant with a more normal mix of gut flora, the bacteria recolonized in an equilibrium that matched the team’s general universal findings. This is good news for those who hope to develop therapies affecting the microbiome — although every individual’s microbiome is indeed unique, general therapeutic principles may nonetheless apply.

Networks are incredibly complex even when their structures remain static. But few networks actually hold still for very long. A cell may have hundreds of interconnected chemical reactions happening within it, but over time the group of reactions will change. Similarly, our own “social graphs” are constantly in flux, depending on who we’ve most recently connected to or fallen out of touch with. In terms of network control, the idea of learning which inputs will drive a certain network outcome has seemed challenging enough when the networks are static. For always-changing temporal networks, it was assumed, the challenge would be exponential. In a paper published in Science in November of 2017, though, Barabasi, Liu and three additional co-authors developed and deployed a novel analytical framework that showed that, rather than making the problem harder, the very mutability of temporal networks can make it easier to reach desired results.

Barabasi likens the dynamic nature to trying to sail a boat against the wind: if a constant wind makes it difficult to sail in a certain direction, there’s little you can do. But if the wind is shifting, then you can deploy the sails when the wind will take you in the right direction and furl them when the wind would push you back — allowing a network to be controlled with far greater efficiency. “By trying to go when it’s easy and not moving when it’s hard, it can actually make control much, much easier,” Barabasi says.

THE FUTURE OF CONTROL

In addition to co-authors such as Liu, Barabasi has relied on a team of more than a dozen assistants, ranging from undergraduates to postdoctoral fellows, to reach his results and refine their proposed control principles. Despite some notable successes, it is still early days. “We still have some terribly horrendous problems out there that we didn’t even attempt to solve,” Barabasi says. “We knew it would be way too difficult for our toolset at the moment.” But progress hasn’t always been limited to the easier-seeming problems. When formulating his initial research strategy, Barabasi assumed that it would be easiest to develop control principles for something like a subcellular network — that applying the principles to a brain, even a simple one like that of C. elegans, would be a far greater challenge. “When we started this, I never thought that brain would be the area where we could achieve that,” he says. “I had thought if anything the cell would be the one, and we were dead wrong in that case.”

“We know now with these tools how to diagnose the controllability of the system, whether the system can control itself or not,” Barabasi says. “The next question is the so-called control problem — that is, how do you design the signals that go into a system to really control it?”