Research on the Origins of Economic Freedom and Prosperity

Tracing the roots of an important component to societal flourishing 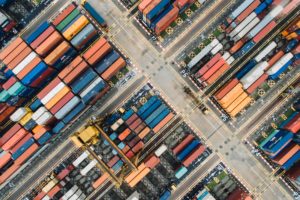 When it comes to economic freedom — a market-friendly combination of property rights, enforceable contracts, the rule of law, and the ability for mutually beneficial agreements to be made with minimal third-party interference — citizens of places like Singapore, New Zealand and Switzerland (which consistently score in the top five in global economic freedom indices) live very different lives than people in countries like Iran, Argentina and Congo (who rank near the bottom).

There have been dozens of studies linking increased economic freedom to desirable outcomes ranging from better living standards and faster growth to greater levels of happiness. But how does a nation shift its levels of economic freedom from something more like those found in Iran to something closer to that found in Switzerland? Unfortunately, much less is understood about what factors might lead a country to move towards — or away from — the embrace of greater economic freedom.

Benjamin Powell, an economist who leads the Free Market Institute at Texas Tech University approached the John Templeton Foundation with a proposal to recruit economic experts to investigate that question through  a variety of empirical and theoretical approaches. The resulting grant supported research, visiting professorships, academic conferences and other forms of scholarship to explore how and why levels of economic freedom change over time, including analyzing how major shifts in areas such as immigration, crises, and economic development can affect economic freedom.

People often emigrate from one country to another in search of greater economic opportunity. But as migrants move from a low-freedom to a higher-freedom country, do they dilute the receiving country’s freedoms by bringing along assumptions and practices formed in the low-freedom environment of their countries of origin?

To investigate this, Powell and his colleagues looked at both initial sets of immigrants in 1996 and 20-year flows since then, comparing them to reported changes in levels of economic freedom endorsed in the destination country. In results reported in several papers, they calculated 32 statistical regressions from their data, but were not able to document a single negative association between immigration and economic freedom. Indeed, multiple regressions showed that association between immigration and increased economic freedom. “Contrary to many people’s fears,” Powell says, “it doesn’t appear that immigrants from less free countries import cultural beliefs that would undermine the productivity of destination countries.”

The word crisis entered modern languages as a medical term, meaning a decisive moment in the course of a disease, an inflection point from which things would quickly get better or get worse. Economic and political crises seem to offer a similar opportunity for the disruption (for better or for worse) of an established order, making them a prime place to look for the causes of upticks or downturns in the measurements of economic freedom.

In research funded by the grant, Jamie Bologna Pavlik and Andrew Young at Texas Tech examined 70 countries over six decades to determine whether and how economic crises had affected economic freedom. They found that in most cases, the correlation between crises and shifts in such freedoms were not statistically significant, and in the cases where there was a strong correlation, the results were idiosyncratic — they seemed much more related to the particularities of time and place than to the nature of crisis itself. The presence of a crisis does not yield a reliable prediction of what will happen to measured levels of economic freedom.

Prosaically, one of the most solid findings of the project was that the best predictor of a country’s level of economic freedom today is its level of freedom yesterday. In short, “there’s a lot of inertia,” Powell says. On larger time scales however,studies did indicate what amounts to a tendency for less economically free countries to become more free and, to a lesser extent, vice versa.

LOOKING TO THE FAR PAST

The “deep roots” theory of economic development suggests that conditions encountered by our forebears centuries or even millennia ago can be reliable predictors of present economic conditions. In his work on Origins of Economic Freedom project, University of Louisville economist Steve Gohmann examined whether the long arm of the past might play a similar role for the components of economic freedom.

Gohmann examined how countries’ levels of technology and experience with statehood from 1500 CE onward affected present-day economic freedom. Since many of the elements measured in  economic freedom indices (such as monetary policy) are modern innovations, property rights and free trade, which have existed for centuries, have the greatest likelihood of being influenced by historical factors. Gohmann found that up to 60 percent of modern variations in levels of property rights and 40 percent of the variance in free trade scores can be explained in terms of the state of such freedoms several centuries ago. But despite those strong correlations, variations in the other, less ancient measures of economic freedom still account for the majority of present-day variations in countries’ economic freedom rankings.

THE FUTURE(S) OF ECONOMIC FREEDOM

If increased economic freedom is indeed a positive social good, what are the best strategies for increasing it? Several theoretical papers produced through the project offer suggestions  of a way forward. New York University development economist William Easterly believes that the best way to help struggling countries is to set aside commonly used approaches to foreign aid in favor of interventions that are non-coercive, reform-minded and consent-oriented thereby respecting rights of poor people to decide the kinds of assistance they do and don’t want.

Other contributors to the project highlighted the need to make the case for economic freedom not just in theoretical terms, but using moral, political and empirical arguments. According to Dartmouth economist Douglas Irwin, a compelling moral case for economic freedom centers on individual rights, while a political case might highlight greater prospects for peace, and an empirical approach might focus on specific cases of free trade offering tangible benefits to nations.

Deirdre McCloskey of the University of Illinois at Chicago echoed Easterly’s warning against coercion, arguing for the development of a more persuasive philosophy centered around economic and other freedoms. For these ideas to take hold, she says, intellectual argument is only part of the story. Energy, enthusiasm, and emotion are necessary to drive lasting societal change, which means that, in addition to economists and politicians, artists, storytellers and others are needed to advocate for change.