How can we discover the properties of God?

A widely-used philosophical approach to theology may turn out to be less than perfect. 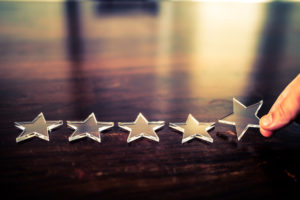 Sometimes the best way to discover whether or not a familiar concept really makes sense is to try to explain it to a student. That was the situation that Notre Dame philosopher Jeff Speaks faced a few years ago when he was preparing to teach a large lecture class on philosophical theology. To lay a solid philosophical foundation for a journey through the claims of the Christian church’s Nicene Creed, Speaks wanted to begin with an idea articulated and defended by St. Anselm, an early-12th-century Archbishop of Canterbury, who described God as “a being than which nothing greater can be conceived.”

Anselm’s statement provided the central claim for what is now known as “Perfect Being Theology,” which holds that we can discover the properties of God by determining the attributes the greatest possible being would have — characteristics such as omnipotence, omniscience, and perfect moral goodness. Since Anselm’s day, Perfect Being Theology has been used countless theologians both within and outside of Christianity to provide a philosophical complement to descriptions of God found in scripture and religious tradition. But as Speaks sat down to write his lecture on God as a perfect being, he realized he had a problem, which he recounts in the introduction to his forthcoming book on the subject, The Greatest Possible Being:

Despite what I thought was a consensus that there was a simple argument from the claim that God is the greatest possible being to the traditional attributes, I could not figure out how the derivation was supposed to work.

THE CHALLENGE OF DEFINING PERFECTION

Even if one tries to think about properties that could apply universally to any kind of being — for instance, a virtue concerning which nothing could be better without it than with it. “The problem is that is that no property seem to be like this,” Speaks says. “Take omniscience — you might think that no matter what sort of thing is in view, it’s better to be omniscient than not. But then consider a being that’s omniscient but morally somewhat suspect and quite powerless. Is that being greater than a being which is morally perfect, omnipotent and knows everything but a few prepositions?”

“The moral of the story is if we want to be able to do anything like using reason alone to determine the properties of God, either we’ve got to think of something totally new or we’ve got to go back and rethink the tradition of natural theology.”

THE IMPORTANCE OF PUSH-BACK

For helping him perfect — or at least improve — his critique of Perfect Being Theology, Speaks credits his Notre Dame colleagues Sam Newlands and Mike Rea. “I didn’t even work in the area of philosophy of religion until four or five years ago,” he says. “Sam and Mike are the ones that really kept pushing me to work on and present this material. They were really encouraging about developing these ideas.”

Also formative in the genesis of Speaks’ book was a visit, made possible as part of his grant funding from the John Templeton Foundation, to the Rutgers Center for the Philosophy of Religion at the invitation of the center’s director, Dean Zimmerman. Speaks says the feedback he received after giving a talk there helped him to significantly refine his arguments.

Because his book calls into question some issue that many philosophers of religion had considered a settled, Speaks expects there will be some level of resistance to his ideas. “I think people will think, ‘Something’s got to be wrong with this!’ That was my main response at first,” Speaks says. “But I think the arguments are good, and so I think the book will convince at least some people and make a difference in the way people think about these problems.”

Visit Jeff Speaks’ website at the University of Notre Dame

Read the introduction to Speaks’ forthcoming book, The Greatest Possible Being.