Do Yourself a Favor: Prudence as Inter-temporal Kindness

Are we inconsiderate of our future selves because we think they aren’t really us? 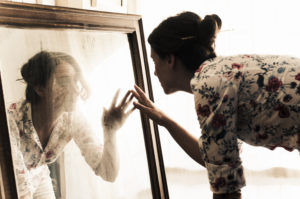 Harvard psychology professor Daniel Gilbert believes that human beings make decisions based on predictions about the future far better than any other animal — but still not nearly as well as we should. The problem, Gilbert says, isn’t with the forecast but with the follow-through: “Why are people so unpleasant to their future selves? If we treated our neighbors the way we treat our future selves,” Gilbert jokes, “they would move away or have us arrested. We don’t take obvious and often easy actions in the present to forestall negative consequences in the future. The question is why?”

To test this hypothesis, Gilbert and post-doctoral researcher Bethany Burum carried out a series of experiments designed to tease apart whether well-established principles of interpersonal relationships — for instance, that we tend to be kinder to people who are members of our “in groups” than to members of our “out groups” — apply “intra-personally” as well.

In one study, students were assigned to teams to argue a high-stakes debate. At the same time they were given a tedious task that they could complete during the the current session or let their future self complete in another session. Students who were told they would have to join a different team —their current “out group” — when they returned left more of the boring work for their future selves to complete.

The majority of Burum and Gilbert’s findings bore out this hypothesis: “When participants expect to change teams — that is, when they expect their future selves to be members of a different group than their present selves are,” he says, “they leave their future selves a whole lot of work to do.” According to Gilbert, we say to ourselves, “That’s not really me. Let him do this boring work. I don’t want to do it!”

SQUID AND CHEESE OR CHOCOLATE CHAI?

Another of the interpersonal dynamics that Burum and Gilbert hypothesized might apply was the understandable but unfortunate human tendency to be kinder to people who are thriving than to those who are suffering. So when people are told their future self will suffer — for example, drink a disgusting beverage flavored with squid and cheese — are they more likely to leave unpleasant tasks for their future suffering selves?

As it turned out, people in Burum and Gilbert’s studies who expected to drink a disgusting beverage or a delicious beverage were equally likely to leave unpleasant work for the future. But the researchers discovered, much to their surprise, that people who did not know which of these drinks they would consume — that is, people who did not know whether their future selves would or would not suffer — left more of the unpleasant work for the future. “When we’re not sure who our future selves will be,” Gilbert says, “we appear to be less inclined to sacrifice for them.”

Gilbert stresses that these findings were unexpected and must be considered preliminary: “We don’t know very much about why this happened, and we’re not ready to write this up for publication until we do. But what I like best about this finding is that it illustrates how science really works. You have an idea, it turns out your hunch was wrong, but you find something even more interesting along the way.”

In its current state, Gilbert’s work is more descriptive than prescriptive: “We don’t yet know how to use the information from our studies to make people more prudent,” he cautions. “They do not give us a magic bullet, but they’re a good first step.”

Nonetheless, Gilbert notes, a common approach to encouraging prudent behavior is to remind people how different their lives will look in the future. For instance, carefree young adults are told to picture themselves with children and a mortgage. But to the extent that these strategies emphasize the difference between one’s present and future selves, they may very well backfire and nudge people to behave less prudently.

Gilbert suggests that “the best way to get people to be prudent may be to remind them of how similar and connected they will be to the person they’re soon going to become, not how dissimilar or different. This person you’re shortchanging in the future — that’s you.”