Helping kids become better people, one mini-game at a time 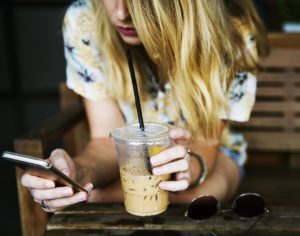 After Sara Konrath published a psychological study showing that levels of empathy — which she defines as the ability to compassionately imagine other people’s perspectives — declined among college students between 1979 and 2009, many commentators wondered aloud and in print whether the loss of empathy was connected with the simultaneous rise of various information technologies, from the Walkman to personal computers to mobile phones. Konrath was intrigued as well, especially when she also learned from colleagues in public health that some of the same new technologies were being tested successfully for public health interventions. “The first time I heard you could use text messages to help people who were trying to quit smoking, I was just amazed,” she says. “It made me wonder about the potential of using this to help us to shape our own character in positive ways.”

In 2015 Konrath, who is currently an assistant professor of philanthropic studies at Indiana University, published the results of her first project focused on mobile devices, an effort to see whether text messages could help people build empathy. Participants in the program received six text messages a day, with content like Think about someone close to you, and do a small nice thing for that person or Think about the last time a loved one was upset — try to understand their feelings.

Those who had received the messages showed higher levels of empathy in standard psychological tests, both while they were receiving the messages and six months after the daily reminders had ceased. The success of the intervention made Konrath wonder if there might be other ways to use modern mobile technologies to help young people build empathy.

Again she was inspired by an innovative public health intervention — this time in the form of “Dumb Ways to Die,” a viral-hit mobile app that was part of a broader public awareness campaign for rail safety in Melbourne, Australia. She wondered about the ability of mobile games to change people’s behavior. “‘Angry Birds’ is a fun game, but it is also teaching people something,” she says. “Everything we do is teaching us something even if we’re just playing a game. So I thought, what about trying to gamify empathy?”

A NOT-SO-RANDOM APP OF KINDNESS

For the app team, Konrath enlisted co-investigators representing allied disciplines at several universities, including Brad Bushman (communication studies), Rich Tolman (social work) and Matthew Winslow (psychology), as well as several undergraduate and graduate assistants. The academic team worked together with the social innovation lab Hopelab and mobile software developer HabitatSeven to develop “Random App of Kindness,” a set of nine mini-games that embody evidence-based techniques for increasing empathy — for an audience aged 10 to 17. As with “Dumb Ways to Die,” the games involve cartoon tasks, some of which have cheerfully macabre endings (a poorly watered plant shrivels). Sometimes the gameplay and the message seem obviously linked — users must tap the screen quickly to water their plant before time runs out. Other interventions are more subtle — the same users lose points if they continue watering the plant at times when a small message says “Don’t water!”

In that case, “what we’re really doing is called a response inhibition test, in which we’re actually teaching people to inhibit their dominant response,” Konrath says. “That’s linked to empathy in the sense that, when you’re caring for another person, you actually have to learn to suppress what’s going in yourself for a moment to focus on them.”

For Konrath, working with mobile phones and young populations has been an empathy-increasing act in itself. Before she designed the text message intervention, she had never personally sent a text message, and Konrath admits that she lacks the dexterity to pass the highest levels of “Random App of Kindness,” despite having co-designed it. From the initial study of the app, Konrath’s team has collected a wealth of data, ranging from gameplay statistics to videotaped guided conversations. Using a mix of self-reported responses, human observation, and computer image analysis, Konrath’s team is studying how and where her app has changed participants’ empathy levels compared to subjects who spent similar amounts of time playing a control app.

A public version of the study app — with the ability to gather usage data turned off to protect privacy — is available for people to download for iOS and Android devices, and Konrath is producing a parent–teacher guide to explain the game to the adults who are often the gatekeepers to children’s app usage.

By 2020 there will be as many as five billion smartphone users worldwide. Whatever effects, both positive and negative, a smartphone app can have will be able to be delivered at a massive scale. Konrath is hopeful that, even if the side effects of all those screens are significant, they don’t have to be negative. But it will take ongoing and expanded efforts on the part of the people who design, distribute, and fund those apps.

“At a time when we’re all anxious about how new technology is affecting us, my research suggests that it can affect us positively,” Konrath says. “Are we willing to let it?”