A multidisciplinary research team delves into transformative experiences and what they reveal about connecting to the divine. 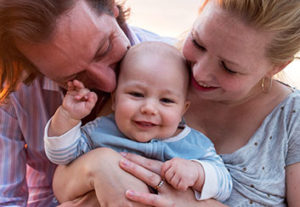 In the process of making a major decision or forging a new path in life, we often assume that the future will be very different. But some life events are transformative: so unlike any prior experience that they change how we understand our world. A woman about to give birth to her first child knows in some sense what things will be like after the child is born. But in important respects, she cannot fully anticipate the psychological and emotional impact of that change until she holds her child in her arms. Similarly, soldiers going to battle can train for months or years, improving their stamina and learning marksmanship and survival skills. But that preparation can never fully anticipate the emotional and psychological changes that come with actual combat.

Those who undergo religious conversions often describe having a type of transformative experience: A powerful encounter with divine reality so moves them that what before was unpalatable or even unimaginable becomes a profound source of meaning and inspiration. The experience of the New Testament figure Saul of Tarsus is a paradigmatic example. Once a persecutor of Christians, Saul became a Christian apostle after what his biographer, Luke, described as a direct encounter with Christ on the road to Damascus.

The nature and power of these transformative religious and spiritual experiences (RSEs) is the subject of a multiyear, multidisciplinary effort led by Michael Rea and Laurie Paul, philosophy professors at the University of Notre Dame and the University of North Carolina at Chapel Hill, respectively. Through the efforts of Rea and Paul, scientists, philosophers, and theologians are collaborating on 26 multidisciplinary research projects that examine whether — and how — RSEs have a transformative impact.

The project formally launched in the summer of 2014. Prior to the collaboration, Rea’s work had focused on the philosophical problem of “divine hiddenness.” That problem, simply put, is that if there is a God, we might expect to see clear and compelling evidence that God exists. And yet, it seems, many do not. At the same time, Paul had been investigating the nature and power of transformative experiences, work which culminated in her book Transformative Experience, published earlier that same year. When Rea first came across Paul’s work, he saw ready connections among transformative experience, religious experience, and the problem of hiddenness.

In Transformative Experience, Paul argues that a radical, transformative life experience is not a straightforwardly rational decision, because one is not able to choose nor anticipate the change after the experience with a full understanding of that choice. These experiences, Rea thought, may follow a similar pattern: Perhaps having such an experience requires choosing to display an openness to something that one cannot fully grasp in advance.

“It’s transformative because you don’t really have access now to how you will value that change, and yet having that access changes you profoundly,” says Rea.

Open-Mindedness as a Key to Transformative Experiences 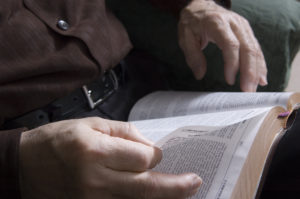 So far, the pair’s research indicates that people must be open-minded about faith in order to have such transformative RSEs. It’s an interesting twist to Paul’s work. Instead of a transformative religious experience leading a person to Sunday Mass, it’s the open-minded act of going to Mass that might lead a person to a radical experience of God. The act of going to Mass brings a person into contact with religious teaching, and it might be that the person’s heart follows her mind.

“Sometimes we have life-changing experiences, like going to war or having your first child, and a religious transformation arguably is also like that,” Paul says. “There’s a reason why people sometimes describe this as allowing your mind to come into contact with the mind of God. It’s that same kind of distinctive discovery.”

In addition to the 26 sub-grants studying RSEs, which span disciplines such as philosophy, sociology, theology, and psychology, the project also supports several academic fellowships, group grants, and workshops. At the conclusion of the project in 2017, in addition to a collection of scholarly publications, the team will oversee the launch of a website to share the project’s findings with the academic community and the public.