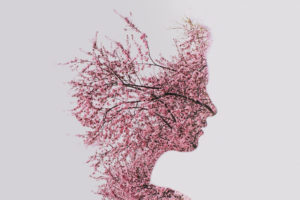 Between the ages of three and five, children begin to develop what psychologists call theory of mind — the realization that other people’s minds differ from their own, and the ability to think about the content of those other minds. Liane Young, a psychologist who directs the Morality Lab at Boston College, carries out research that investigates the ways in which theory of mind relates to social cognition and moral development. When postdoctoral fellow Larisa Heiphetz arrived at her lab with an interest and background in religious cognition, Young and Heiphetz began to wonder how children’s and adults’ capacity for theory of mind affects not only how we reason about the moral beliefs of other people’s minds, but how we reason about the moral beliefs of supernatural minds — especially the mind of God.

Young and Heiphetz, along with co-investigators Jonathan Lane and Adam Waytz, set out to examine these three alternatives among two age groups: children between five and eight years old (the first years after the emergence of distinct theory of mind) and adults. In one experiment, participants considered several behaviors from a range selected by the researchers as being stereotypically good (baking cookies for someone), bad (telling a lie), or controversial (eating meat). The subjects were asked if they regarded each behavior was acceptable, and then were asked whether they believed that God, as well as a third party — named “Pat,” to avoid forcing people to assume a particular gender — would also approve.

MY MIND, YOUR MIND, GOD’S MIND

The results of the studies — some of which were published in the British Journal of Development of Psychology — were nuanced. “We found some evidence for each position depending on certain variables,” Young reported. One striking theme that emerged was that if children themselves regarded a behavior as acceptable, they tended to think that both God and the third party would agree. Results among adults were varied. The findings indicated that adults rarely thought there would be agreement among all three individuals, but the patterns of agreement were somewhat surprising.  For example, they reported that they were more likely than God or Pat to think that good behaviors were acceptable. When it came to morally controversial practices however, adults represented God as especially strict, reporting that God was less likely than any other agent to regard these behaviors as morally acceptable.

When asked about the likelihood that any of the actors in the triad might change their moral beliefs, both children and adults reported that other people were more likely than God or themselves to have unstable beliefs. The beliefs most likely to be unstable were, perhaps not surprisingly, those deemed the most controversial.

Young reports that the team’s research is particularly interesting in light of the sometimes conflicting cultural and religious ideas about whether one can know God’s moral thoughts. It is not uncommon for a pastor or even a politician to frame their actions in terms God’s will, and such claims are often taken to be credible.  And yet when one claims to have committed a murder because God commanded it, our judicial system sometimes see this as evidence of possible insanity. Religious traditions also make divergent if not inconsistent claims about our ability to know God’s beliefs. Young notes that the Judeo-Christian scriptures contain many poetic passages reflecting our inability to know the mind of God. “But then it seems clear that in some cases believers in these traditions assume that they know what God is thinking,” she says.

Young hopes to expand the project by studying a wider range of ages and cultural backgrounds (most of the children interviewed for the project were visitors to Boston-area children’s museums). Without further study it is hard to know whether these patterns generalize to different cultural settings.

The results also indicated what might seem to be a surprising result, and one that merits further scrutiny. In their studies, the responses of subjects did not seem to vary directly with their own personal religious beliefs. This may indicate that the different responses of children and adults, and the convergence of answers by religious and non-religious adults, are explained by other factors. Perhaps, then, certain important features of religious cognition function in ways that are less dependent on avowed religious conviction. Resolving these questions will require further research.