When testing is not enough…helping students define their purpose 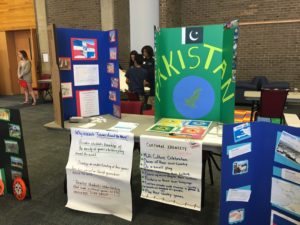 How can students take control of their education and their future? In recent decades a great deal of educational policy has focused on student test results as the key measure of whether schools are succeeding. For struggling schools, though, the push to improve lagging test scores can sideline certain interventions that have the potential to help their neediest students. Maurice Elias, a professor of psychology and the director of the Social-Emotional Learning Lab at Rutgers University, thinks that there’s a better way to prepare at-risk students for success.

The insight derives from a past project (also funded by the John Templeton Foundation) where Elias worked with students on developing “Laws of Life” — a set of rules, ideals, and principles by which they aim to live. “We found that giving students the opportunity to explore and express their Laws of Life had a truly transformative effect on them — and as a result it had a transformative effect on the adults around them,” Elias says. “The essence of this transformation had to do with the students expressing their sense of purpose and in fact identifying that they have what Stanford psychologist William Damon calls a ‘noble purpose,’” defined as a generalized intention to accomplish personally meaningful goals in service of a greater good.

In 2015 Elias and his Rutgers colleagues began a three-year investigation into a novel way to help at-risk middle school students foster their sense of Noble Purpose. “We decided to focus on middle school because research indicates that the steps toward dropping out of high school begin in middle school—so we really felt that was a pivotal time to reach kids.”

In that context, Elias says his team asked, “What would it mean to have a group of student-identified leaders who would be taking some responsibility for making the school and the surrounding community a better place—not on their own, but in conjunction with their classmates?”

The answer, which was implemented at six middle schools in Jersey City, New Jersey, is known as Mastering Our Skills And Inspiring Character — MOSAIC for short. Elias’s team worked with students and personnel within the schools to recruit and elect “Ambassadors” — students recognized by their peers as leaders. The MOSAIC curriculum, a program designed to foster virtues such as gratitude, future-mindedness, and diligence, and skills such as empathy and emotion regulation, all toward the goal of identifying and living toward a Noble Purpose, was utilized with all students  throughout the school year. However, the Ambassadors had special responsibilities and training to help them think more deeply about what kind of person they hope to become, how to plan for the future and overcome obstacles, and what it means to be a leader. Ambassadors led classroom discussions about challenges faced by their classmates, school, and community, and also recruited peers and adults in the school to help develop and try out solutions.

Elias recalls the story of one such Ambassador — a girl who came into the program with a troubled background, including a history of fighting with other students. “She really didn’t feel she had a sense of direction,” Elias says. But through her participation in MOSAIC, “she began to see that she had leadership qualities and potential — and she began to display that with her peers. She actually developed an online book club in which not only youth but also staff members at the school participated.”

On a larger scale, three of the six schools involved in MOSAIC have received Promising Practices awards from Character.org for showcasing innovative best practices in social-emotional and character education, and several have been visited by delegations interested in learning more about the program.

The MOSAIC project was led by Elias with significant assistance from two of his Ph.D. students, Danielle Hatchimonji and Arielle Linsky. There were also team members assigned as consultants for each of the six schools, who worked with liaisons within the schools. The project drew on the resources of a distinguished advisory group including University of Missouri, St. Louis psychologist Marvin Berkowitz, a leading thinker on character and moral education, and psychologist and educational leadership expert Norris Haynes from Southern Connecticut State University.

Elias says that MOSAIC’s three-year program was not without significant challenges — in part because it was sometimes difficult to convince teachers and administrators to shift instruction time away from preparation for the tests by which school performance is measured. In addition, the relatively brief three-year scope of the program required Elias and his team to hit the ground running at the expense of a more relaxed rollout aimed at building trust and cultivating strong allies within the schools.

Although the bulk of the research results from the program are still in the early stages of preparation for publication — a number of findings are slated to appear in a forthcoming scholarly book and special issue of the Journal of Character Education to be published in 2019 — the results have been encouraging.  As a result of the work, the Einhorn Family Charitable Trust has provided Elias and his colleagues funding to apply MOSAIC’s approaches for student-led, social action discussion—called “STAT” (Students Taking Action Together)—to middle school social studies instruction.

The goal is for STAT eventually to reach every student—whether or not they’re involved in a program like MOSAIC — in each of New Jersey’s 700 middle schools. Elias says that this ambitious expansion is possible because of collaborations with education-related professional organizations in the state representing school boards, teachers, principals and supervisors, as well as school counselors, psychologists and social workers. Elias believes that those organizations will be key contributors to implementing programs like STAT, and that New Jersey could be a model for similar efforts nationwide. “Every state has the same basic professional association structure, and if we show that we can successfully scale this program in New Jersey there would really be no barriers to implementing it in any other state,” he says.

Elias notes that, although the students likely to be selected as Ambassadors may possess the social charisma to reach and recruit a larger number of their peers, the interventions his team has developed could benefit almost any student.

“Our perspective is that most if not all students want the opportunity to be engaged in  constructive social dialogue and social action to make the world a better place, and the more we can create opportunities for more of those students, the better,” he says. “The number of kids who can do it is far greater than the number of kids that we might actually see in leadership roles right now.”

Indeed, one of the more notable successes of the MOSAIC program has been with students at a Jersey City school with a special ed population of over thirty percent. “These kids who are so often written off have flourished when given the opportunity to have leadership and participatory roles in the schools, and have been amazing sources of constructive solutions to problems rather than being the problem,” Elias says.

“As kids begin to identify their own positive purpose, they’re then open to responding to the question, How are you living in a way that will help you achieve your purpose? When you ask the question, it’s like throwing cold water in their face,” Elias says. “They’re in a little bit of shock and then all the sudden they start to ask themselves that question. And that’s what we want. That’s the point of moral and character education: it’s to help the kids develop that sense of internalized conscience.”

Learn more about MOSAIC at the Rutgers SECD Lab website

Read one of the first significant research publications to come from the MOSAIC project, from the journal Education.