Spiritual curiosity and the experience of God

Crossing cultures and disciplines, a research team explores how religious experiences are shaped by the ways people think about thinking itself. 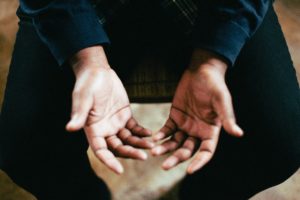 Tanya Luhrmann’s 2012 book When God Talks Back, an acclaimed study of American modern charismatic Christianity, was based on fieldwork done at a suburban church near Stanford University, where Luhrmann is a professor of anthropology. Supported in part by a grant from the John Templeton Foundation, Luhrmann explored the ways in which modern Christians, using specific prayer practices, train themselves to engage in what they experience as a personal, back-and-forth relationship with God.

Since 2016 Luhrmann has built on that initial work to develop a large-scale, cross-cultural study of churches in five countries around the world. This study is a team effort, co-led by University of Texas psychologist Cristine Legare and involving more than a dozen anthropologists and psychologists. The team aims to gather the first-ever wide-scale data about how believers with similar beliefs and practices may nonetheless have different spiritual experiences, molded by the ways their distinct cultures have formed ways of “thinking about thinking,” or “theories of mind.”

“A lot of supernatural and spiritual experience depends upon making judgements about mental events,” Luhrmann says. “Did God speak to you? Did you sense his presence? Often those questions involve making a judgement about a thought or awareness that came to somebody in their mind. We think that the way you think about thinking will shape the way that someone identifies that experience and makes judgments about it.”

Luhrmann and her collaborators designed the broad study to help isolate the influences of religion, culture, and social context for study areas in the California, coastal Ghana, northern Thailand, Shanghai, and the South Pacific islands of Vanuatu. In each area, team members identified an urban charismatic Christian church — theologically similar to the Palo Alto congregation Luhrmann had already studied. Postdoctoral fellows did months of carefully planned fieldwork, interviewing members of the churches and then of contrasting groups — rural charismatic Christians and urban as well as rural adherents to more-or-less “traditional” religious traditions (ranging from a traditional village in Vanuatu to new urban Buddhists in Shanghai to Methodists in California). They conducted open-ended anthropological interviews and also administered a set of psychological questionnaires. The results are now being coded for rigorous cross-comparison and analysis.

Through both the structured questionnaires and open-ended interviews, Luhrmann, Legare, and the larger team are working to understand how people’s model of mind can differ across cultures. People in some cultures seem to view the boundary between the mind and the world as more porous, while others are less inclined to talk as if thoughts can “leak out” to affect something in the physical world. There are a similarly broad range of cultural approaches to the importance (or unimportance) of personal feelings and of the imagination. People’s default assumptions on those matters, Luhrmann theorizes, can significantly shape whether and how they experience God or spirits as “talking back” — through everyday events, thoughts and dreams, or inner or even audible voices.

In addition to gathering and sifting large amounts of data recorded from interviews and surveys, the project is also exploring the potential insight from developmental experiments, in which adult and child participants consider hypothetical scenarios. In one example, a woman becomes sick after another woman had felt a lot of anger (but done nothing unusual) towards her. Participants are then asked, “What do you think happened?”

CROSSING DISCIPLINES AS WELL AS OCEANS

Mixing the different approaches of anthropology and psychology has added both complexity and nuance as Luhrmann, Legare, and their colleagues and postdoctoral fellows work to bring out the best of both disciplines while accommodating their very different approaches. “The anthropologists want to open things up, and they want more detail,” Luhrmann says. On the other hand, “the psychologists want to keep things more controlled. Precision and detail are not the same thing. Anthropologists firmly believe that you can never have too much data, and the more you ask, the better. Meanwhile, the psychologists say you’ve got to be very precise, and ask the same question in exactly the same way in every place.”

Although holding these priorities in tension has made for more complicated fieldwork, Luhrmann believes the result will be more robust and insightful than what any single-discipline approach might produce.

“If you’re an anthropologist, you may have observed deeply and know your subjects well, but you are the primary instrument of your data collection,” she says. “If you are able to support those observations with data generated by other means, there’s an even more powerful case to be made.”

For psychologists, whose discipline has recently been shaken by a replicability crisis and concerns that many compelling results may in fact have been cherry-picked from inconclusive data, having access to a broader anthropological context can alleviate some of that concern.

The interdisciplinary work is more rigorous but also more engaging. “It’s fun to be anthropologist among psychologists,” Luhrmann says. “People just think that your data are so cool because they are so different. I just came from conference I spoke after people had two hours of fMRI data. I spoke about religious experts in Ghana, and people were so excited because there was a person in the story.”

With the initial project field work completed, the team has turned to the arduous task of coding hundreds of surveys and interviews, and beginning the long process of writing reports, peer reviewed papers, and eventually books. Robust comparative analyses take time. What will emerge at the end, Luhrmann hopes, will be a richer and more globally nuanced understanding — both of how the mind works, and also of all the factors that combine to shape believers’ spiritual experiences and their ability to connect, in various ways, with the divine.