The Psychology of Purpose

Reviewing six decades of research into the meaning, development, and benefits of purpose in life 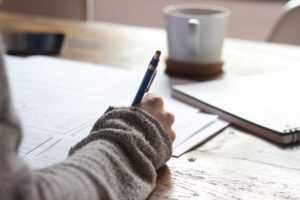 Modern scientific research on human purpose has its origins in, of all places, a Holocaust survivor’s experiences in a series of Nazi concentration camps. While a prisoner at Theresienstadt, Auschwitz and two satellite camps of Dachau, Viennese psychologist Viktor Frankl noticed that fellow prisoners who had a sense of purpose showed greater resilience to the torture, slave labor, and starvation rations to which they were subjected. Writing of his experience later, he found a partial explanation in a quote from Friedrich Nietzsche, “Those who have a ‘why’ to live, can bear almost any ‘how.’” Frankl’s 1959 book Man’s Search for Meaning, a book which proved to be seminal in the field, crystallized his convictions about the crucial role of meaning and purpose. A decade later, Frankl would assist in the development of the first and most widely used standardized survey of purpose, the 21-item “Purpose in Life” test.

As part of its ongoing interest in increasing understanding of character and virtue, the John Templeton Foundation commissioned a review of more than six decades of the literature surrounding the nature of human purpose. Covering more than 120 publications tracing back to Frankl’s work, the review examines six core questions relating to the definition, measurement, benefits, and development of purpose.

Psychology of Purpose: What Is Purpose and How Do You Measure It?

In psychological terms, a consensus definition for purpose has emerged in the literature according to which purpose is a stable and generalized intention to accomplish something that is at once personally meaningful and at the same time leads to productive engagement with some aspect of the world beyond the self. Not all goals or personally meaningful experiences contribute to purpose, but in the intersection of goal orientation, personal meaningfulness, and a focus beyond the self, a distinct conception of purpose emerges.

Studies and surveys investigating individual sources of purpose in life cite examples ranging from personal experience (being inspired by a caring teacher) to concerns affairs far removed from our current circumstance (becoming an activist after learning about sweatshop conditions in another country). Most world religions, as well as many secular systems of thought, also offer their adherents well-developed guidelines for developing purpose in life. Love of friends and family, and desire for meaningful work are common sources of purpose.

Over the past few decades, psychologists and sociologists have developed a host of assessments that touch on people’s senses of purpose including the Life Regard Index, the Purpose in Life subscale of the Psychological Scales of Well-being, the Meaning in Life questionnaire, the Existence Subscale of the Purpose in Life Test, the Revised Youth Purpose Survey, the Claremont Purpose Scale and the Life Purpose Questionnaire, among others.

The conclusion that emerges from work these tests and surveys, interviews, definitions, and meta-analyses is, roughly, that Frankl’s observation was correct — having a purpose in life is associated with a tremendous number of benefits, ranging from a subjective sense of happiness to lower levels of stress hormones. A 2004 study found that highly purposeful older women had lower cholesterol, were less likely to be overweight, and had lower levels of inflammatory response, while another from 2010 found that individuals who reported higher purpose scores were less likely to be diagnosed with mild cognitive impairment and even Alzheimer’s Disease. The vast majority of those noted benefits, however, are currently only correlations — in many cases it is not clear whether having a strong sense of purpose in life causes the benefits or whether people experiencing the benefits are simply better positioned to develop a sense of purpose.

Potential interventions to increase purpose and its benefits have focused on the formative years of late youth, where studies have looked at the benefits of supportive mentors and of practices such as gratitude journaling on purpose in life. A 2009 study followed 89 children and adolescents who were assigned to write and deliver gratitude letters to people they felt had blessed them. Participants who had lower initial levels of positive affect and gratitude, compared to a control group, had significantly higher gratitude and positive affect after delivering the letter for as long as two months later.

This result becomes even more promising in light of a series of four studies in 2014 which concluded that even inducing a temporary purpose-mindset improved academic outcomes, including self-regulation, persistence, grade point average, and the amount of time students were willing to spend studying for tests and completing homework.

About one in five high school students and one in three college students report having a clear purpose in life. Those rates drop slightly into midlife and more precipitously into later adulthood. Some of these changes make sense in light of the future-oriented nature of purpose. For young people from late childhood onward, a sense of searching for a purpose is associated with a sense of life satisfaction — but only until middle age, when unending purpose-seeking may carry connotations of immaturity. One study, however, explored an interesting exception to the general decline of purpose-seeking: compared to other adults, “9-enders” (individuals ending a decade of life, at ages 29, 39, 49, etc.) tend to focus more on aging and meaning, and consequently, they are more likely to report searching for purpose or experiencing a crisis of meaning.

In mid-life, parenting and other forms of caregiving become a clear source of purpose and meaning for many. Interestingly, studies in 2006 and 1989 showed that, although parents had a stronger sense of meaning in their lives than non-parents, they reported feeling less happy — a reflection of the ways that pursuing one’s purpose, especially in highly demanding seasons, can still be difficult, discouraging, and stressful.

A sense of purpose in one’s career is correlated with both greater satisfaction at work as well as better work-related outputs. In a 2001 study of service workers, researchers indicated that some hospital cleaning staff considered themselves “mere janitors” while others thought of themselves as part of the overall team that brought healing to patients. These groups of individuals performed the same basic tasks, but they thought very differently about their sense of purpose in the organizations where they worked. Not surprisingly, the workers who viewed their role as having a healing function were more satisfied with their jobs, spent more time with patients, worked more closely with doctors and nurses, and found more meaning in their jobs.

In the later stages of life, common adult sources of purpose like fulfillment in one’s career or caregiving for others are less accessible — but maintaining a strong sense of purpose is associated with a host of positive attributes at these ages. Compared to others, older adults with purpose are more likely to be employed, have better health, have a higher level of education, and be married.

Psychology of Purpose Around the Globe

Although the majority of sociological work on purpose in life has focused on people in western, affluent societies, the literature contains a few interesting cross-cultural results that hint at how approaches to and benefits from purpose in life might differ around the world. In Korea, for instance, youth were shown to view purpose as less an individual pursuit and more as a collective matter, while explorations of Chinese concepts of purpose indicates that one’s sense of purpose is divided into senses of professional, moral, and social purpose.

Research in the psychology of purpose among people of different socioeconomic backgrounds suggests that those in challenging circumstances are likely to have a difficult time discovering and pursuing personally meaningful aims. This finding fit well with psychologist A.H. Maslow’s famous hierarchy of needs, which suggests that people must meet basic needs for things like food, shelter, and safety before they are easily motivated to pursue aims like self-actualization.

However several studies also suggest that purpose can emerge in difficult circumstances and that it may serve as an important form of protection, as in a study that showed that having a sense of life purpose buffered African-American youth from the negative experiences associated with growing up in more challenging environments.

Indeed, as Viktor Frankl argued — based in part on what he had observed first-hand — experiencing adversity might actually contribute to the development of a purpose in life.

Download the full research review on the psychology of purpose.