Scientists and medical practitioners are taking a fresh look at the ways that patients’ religious beliefs affect their healthcare needs.

When we think of the frontiers where religion and science intersect — in conflict, harmony, or confusion — we might envision a philosophical debate at a university, a particle accelerator probing the origins of the universe, or perhaps a high-stakes courtroom battle like the Scopes “Monkey” trial. For most people, though, the realms of the spiritual and the scientific meet most practically on the sickbed.

Doctors, nurses, and other health care providers, along with patients and their loved ones, are on the front lines when the spiritual dimension of healthcare surfaces. Religion affects everything from the nature of patients’ support networks to their approach to profound questions about meaning, purpose, and suffering. For that reason, alongside its investments in philosophy and fundamental science, the John Templeton Foundation seeks out promising research about the intersection of spirituality and health. Work supported by the Foundation is not just offering new ways to enhance healing and alleviate suffering at moments of great personal and family need. It is also increasing what its founder, Sir John Templeton, referred to as “spiritual information” — greater insight into how spirituality functions and what it makes possible.

Nearly nine in ten hospital patients report believing in God or a universal spirit, and three-quarters consider religion to be of significant importance. Yet modern medicine often fails to pay attention to the ways spirituality may be affecting medical outcomes. Interdisciplinary efforts in recent years have helped identify the kinds of questions a provider can ask to include spirituality as part of a more holistic understanding of a patient’s needs and resources. But to be able to gain systematic medical insights from that sort of information, researchers need to be asking these better questions to larger groups of people over a much longer time.

Dr. Alexandra Shields, director of the Harvard/MGH Center on Genomics, Vulnerable Populations, and Health Disparities, is working to incorporate detailed religion and spirituality information into five national longitudinal health studies, in which a set of nearly 90 religion and spirituality metrics are being gathered for more than 5,000 participants. This added contextual data will aid researchers in determining, for instance, whether spirituality is associated with lower stress levels, which are in turn associated with better health, and in identifying other correlations between spiritual practice and health outcomes. 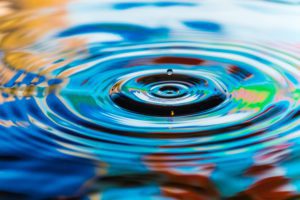 Another group of Harvard-affiliated researchers, led by Tracy Balboni and Tyler VanderWeele at Boston’s Dana-Farber Cancer Institute, is measuring the ways that spiritual concerns interact with everyone personally involved with end-stage cancer treatment, from patients to physicians and family members. In one study of patients with advanced cancer, Balboni and her colleagues found that only 10% of patients reported receiving any form of spiritual care from their nurses or physicians, even though 86% of them thought spiritual care was important part of cancer care. In another Templeton-funded study, Balboni is working to measure whether offering spiritual care has measurable benefits for health care practitioners — who can suffer from trauma and burnout due to emotionally challenging care experiences — as well as for patients.

Another argument for spiritually-integrated care springs from Balboni’s earlier finding that people with high levels of religious support were more likely to die in intensive care units than under more comfortable hospice or palliative care. In those cases, it seemed that the patients and their communities sought to use every medical means possible to allow space for healing prayers to be answered. But holding onto hope in this way means that the patient’s last days can be spent in stress and discomfort, an outcome that is emotionally costly for patients, their families, as well as for their medical teams.

According to Balboni, “we know that bereaved loved ones experience more post-traumatic stress disorder, and more complicated bereavements” when patients have large religious support networks. “It’s something that has implications not only for the patient, but also for their family members,” she says. With spiritually- integrated medical care, doctors and nurses can help patients make end-of-life choices that better align with their desires. Balboni points out that remaining in the ICU can be holding out for a certain kind of miracle but makes another type of miracle — spending one’s last days surrounded by loved ones with space for peaceful, meaningful interactions — far less likely.

A third area of Templeton-funded research, carried out by Dr. Harold Koenig at Duke University’s Center for Spirituality, Theology and Health, has achieved promising initial results in an effort to integrate religious insights into Cognitive Behavioral Therapy, one of the most thoroughly tested and widely used psychological interventions. Koenig’s team developed variants of traditional CBT for Christian, Jewish, Muslim, Hindu, and Buddhist patients. In the programs, therapists guide patients through a traditional course of CBT, focusing on learning to identify and change unhelpful thought patterns, but with the addition of relevant religious content including weekly scriptural passages to memorize, and encouragement to seek out friendships in one’s own faith community.

Koenig’s team found that although a completed course of religious CBT was no more effective than the standard variety, patients who used the religious version were more likely to complete their therapy and receive its full benefit. Although some of the initial cohort of therapists found it strange to give their patients religious instructions when they didn’t share the patient’s faith, Koenig’s results show that the therapist’s own faith — or lack thereof — made no significant difference in the effectiveness of the therapy.

“One source of resistance to research on religion or spirituality and health,” says Harvard’s Alexandra Shields, “is that people can’t imagine it being used in any way other than a doctor ‘prescribing’ that a patient attend church.” 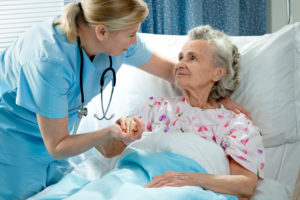 At Duke, Koenig appreciates that concern but believes that shying away from a patient’s spiritual background and needs isn’t an acceptable approach. “It’s required that people respect the person’s personal beliefs and practices,” he says. “In order to do that, you have to know what they are.”

Koenig believes once a spiritual history of the patient becomes part of the standard in-depth patient background that a physician will gather, doctors will be able to feel as confident talking with patients about spiritual concerns as they do asking them about other non-medical factors that bear on their care. With better information and interventions tuned to an individual patient’s spirituality, Shields says, “the goal is to understand the framework people or patients are operating under, what their resources for resiliency are, and how they can be nurtured to improve patient outcomes.”