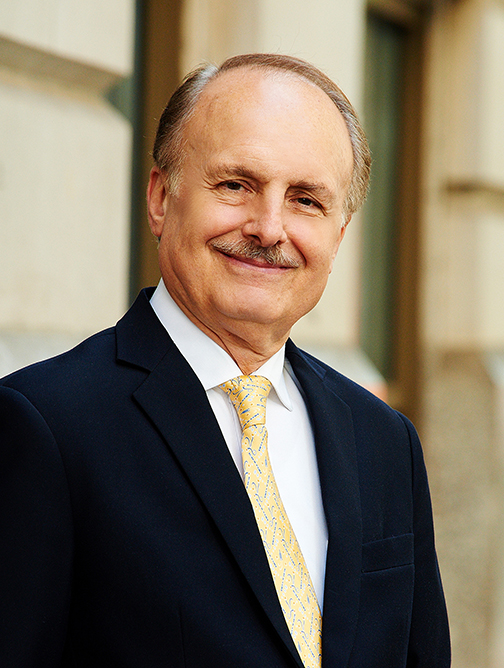 Ramin Khadem, formerly chief financial officer and executive board member of Inmarsat, Ltd., has served on for-profit and charitable company boards and consults and lectures on business and financial topics. As of late he has been moderating events sponsored by the Secure World Foundation and The Heinlein Prize Trust on Space and Satellite development issues.

At Inmarsat, he was involved in a range of commercial matters including maintaining relationships with shareholders and acting as liaison with key signatories including the United States, China, Russia, and India on interface and access to the global satellite system and on major procurement issues. As chief financial officer, he was instrumental in the privatization of Inmarsat in 1999 from an international organization, leading to its listing as a public company and the subsequent restructuring and sale of the company to private equity firms Apax Partners and Permira in 2003. During his 25 years at Inmarsat, he played an active role in all major commercial, procurement, and financial decisions leading to the listing of the company on the London Stock Exchange.

From 2007 to 2015, he acted as an independent non-executive director of the publicly-listed company SOHO China Ltd and as Chairman of its Audit Committee. SOHO China is the premier developer of office buildings in Beijing and Shanghai and is listed on the Hong Kong Stock Exchange.

From 2003 through 2011, he served as chairman of the Board of Trustees of the International Space University (ISU) in Strasbourg, France, where he continues to serve as a board member. He played a key role in taking the ISU program to China in 2007 and its successful implementation in close coordination with governmental, commercial, and educational entities in China. Since 2007, he has occasionally taught second year MBA classes on “Valuation and Value Creation in Business” at Tsinghua University in Beijing and Fudan University in Shanghai.

He obtained his Bachelor of Science degree in electrical engineering from the University of Illinois and subsequently obtained his Master’s and Ph.D. degrees in economics from McGill University in Canada. He also received specialized training in econometrics at Carnegie Mellon University, as well as at MIT and the Executive Management Forum at Harvard Business School.